Binotto: We are certainly not the fastest 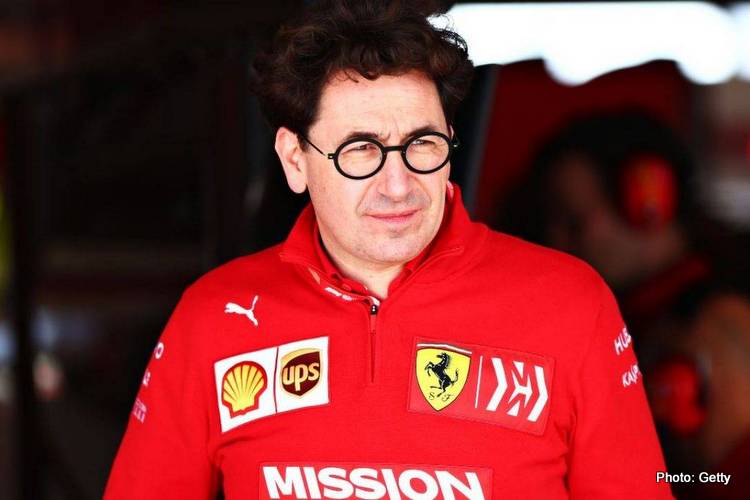 Ferrari boss Mattia Binotto has again played-down his team’s expectations for the start of the 2020 Formula 1 season, suggesting the Scuderia is “still not fast enough” to be considered contenders.

Now less than 48 hours out from the season-opening Australian Grand Prix in Melbourne, Binotto believes his team still has some catching-up to do after what he saw from the new SF1000 in Barcelona.

“I can’t be happy with the performance,” he told motorsport-total.com, before stating that if he had to rate the car’s showing in preseason testing out of ten, his number would be “certainly under six”.

Elaborating further, Binotto revealed that while the long-run times were solid, the car’s one-lap pace still left much to be desired.

“We had more difficulties there than in the race simulations. We need to understand, analyse and address this,” he said.

At the same time, the Italian was happy with his team’s performance as a whole, giving the Scuderia an eight out of ten.

“We’ve done all the tests and we’ve gotten through the planned programme. I think we got a good understanding of the car and we did the expected mileage.”

Racking-up 838 laps across the six days of testing at the Circuit de Barcelona-Catalunya, Ferrari had the third-most mileage of any team on the grid, although they were a full race-distance behind leaders Mercedes on 928.

Addtionally, Binotto stated that he is happy with the levels of downforce the team has achieved compared to last year’s problematic challenger, improving not just cornering speed, but tyre management also.

“I think we’re in a better position there than we were last year. Last year we wore-out the front tyres too much,” he admitted, before once again pouring-water on any tifosi hoping for a strong start to the season.

“We are certainly not the fastest. It looks as if our main rivals are definitely faster,” he said referring to Mercedes and Red Bull.

However, with a little over eight months until the final race of the season is run in Abu Dhabi, Binotto expects the foundation his team has built now to pay-off in the long run.

“There will be time to tackle our weaknesses,” he said.