Williams: We work towards a strong showing on Sunday 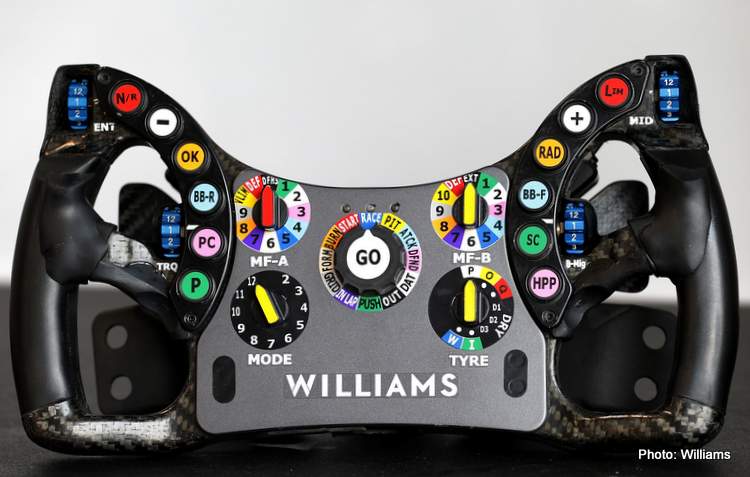 The 2020 FIA Formula 1 World Championship kicks off this weekend as we head down under to the beautiful Albert Park Circuit in Melbourne, with the city set to celebrate its 25th year hosting the race.

ROKiT Williams Racing heads into 2020 with a new driver line-up but the same fighting spirit, as Canadian driver Nicholas Latifi steps up to a full-time race seat accompanying Brit George Russell, who returns for his second year in Formula One.

As in recent years, the buzzing city of Melbourne hosts the opening round of the Formula One World Championship at the Albert Park circuit. The track is a fierce proposition to start the season and asks some very different questions to those that we faced during winter testing in Barcelona. The track, which is essentially a street circuit, is demanding on both the car and the drivers and if the weather is hot, it can quickly become a significant physical challenge. The kerbs, high-speed corners and constant changes of direction all place stress on the car and driver, and the many straights and acceleration zones make high demands of the power unit.

We arrive in Melbourne on the back of an effective winter testing campaign during which we completed almost 3500km of running. The few niggles that we identified in Barcelona have received due attention in the short break since testing. The progress will continue on Friday as we work towards a strong showing on Sunday.

For George this his second trip to Melbourne and he will be able to tackle the difficulties of Albert Park with a new understanding that only a full Formula One season of experience can provide. Conversely, for Nicholas, this his first visit to Melbourne and it will probably take him a little time to understand the nuances of this exciting track. However, as we have seen throughout last year and during winter testing, it is a challenge that he will face with great skill and determination. With some solid consistent running on Friday he will soon be up to speed.

I am excited to head back to Melbourne, and to start racing again. It is one of the best circuits on the calendar, it is unique and has a lot of character. The team have worked extremely hard off the back of last season, and we hope that we have found some more performance and have continued to make progress ahead of the season start in Melbourne.

When I was first announced as the team’s race driver last year, Melbourne seemed so far away! Now we’re almost ready to go racing and the feeling of excitement has just been building day by day. It’s been a long winter with a lot of work going on behind the scenes, so there is a lot of anticipation going into my debut in Formula One. I’ve heard many great things about the race and it’s one of the few that I have yet to attend, so I’m looking forward to taking in the whole event. I’m sure it will be a weekend that I will remember for the rest of my life.