Rosberg: Lewis is going on to become the best of all time 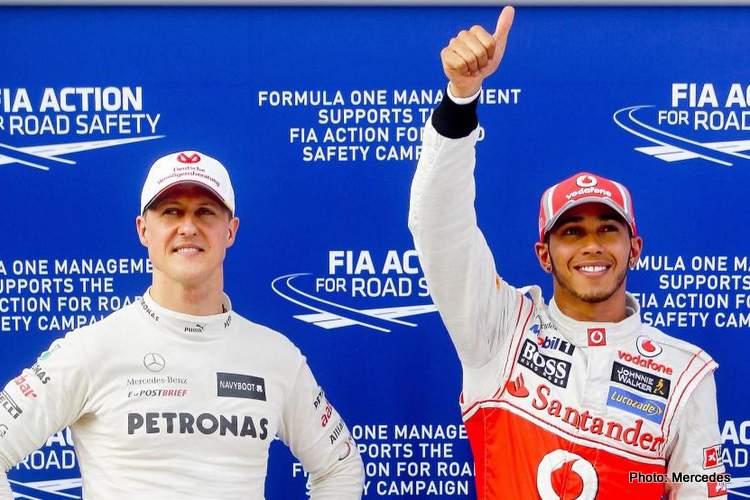 Few know Lewis Hamilton as well as Nico Rosberg, the pair were teammates at Mercedes for three years, and before that had been mates as they climbed the ladder of motorsport to end up in Formula 1 together.

Rosberg – who quit the sport the day after he claimed the 2016 title, having beaten Hamilton in an ugly contest between the pair throughout that season with Mercedes – is tipping his former teammate will become the most successful driver of all time at the end of this season and hopes that certain Red Bull driver will make the Briton work hard for the title.

Hamilton is hunting his seventh title, and is likely to break Michael Schumacher’s record 91 Grand Prix victories; the 35-year-old Briton is on 84 wins. Ironically, the German great made way for the Briton at Mercedes in 2013, and the rest is history.

Speaking to PA news agency ahead of the season opener in Melbourne, Rosberg said, “Lewis is the absolute favourite to win the championship – but I have really high hopes that we can be in for a thrilling season. I am confident and optimistic that Red Bull and Ferrari can up their game and be on a level playing field with Mercedes.

While Ferrari’s woes and shenanigans are well documented, no one knows what the Reds will unleash Down Under and for the rest of the season. At the same time, Red Bull have been talking the talk, with Honda relentlessly making horsepower for the young Dutch maestro.

Most neutral fans hope that Verstappen will be in the mix for obvious reasons, Rosberg is one of those, “Max is the one guy in F1 who is on a similar level to Lewis.

“He has that very rare exceptional talent that Lewis has – a once-in-a-generation talent – and if he has the right car, there is no question he will be a contender for the championship this season. But you cannot say that Max is a better driver than Lewis.

“Lewis is going on to become the best of all time so you cannot say that at all,” argued Rosberg.