Renault: Heading to Australia with ambition but caution 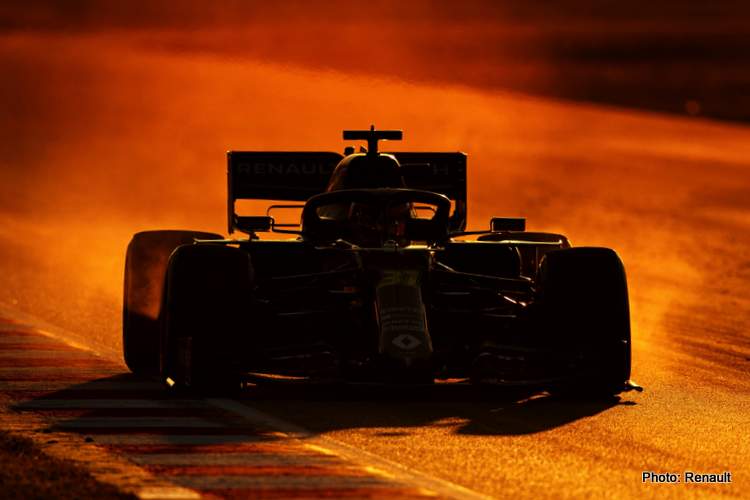 Drivers Daniel Ricciardo and Esteban Ocon and Team Principal Cyril Abiteboul share their thoughts on the season opener in Melbourne.

The start of a Formula 1 season is always a very exciting time. After a good end to pre-season testing in Barcelona, we head to Australia with ambition but with a hint of caution given the relative unknown of the competition level of our rivals. The first race is the time everyone on the grid shows their true hand.
We are as best prepared as we can be for the start of the year thanks to the hard work across Enstone and Viry over the winter months. These efforts were exemplified in pre-season testing with solid engine reliability and a performance level, which fitted with what we expected to see. Now we aim to see the benefits of our preparation come to fruition at a race weekend.

It’s a special feeling racing at home in Australia. I’m away from home for so long during the year, so it’s nice to spend time here with friends and family. The Australian fans are great, and you can really feel their support and use it as extra motivation. I’ve not always had the best race in Melbourne, so I’m looking to try and correct that this year and deliver a strong weekend with Renault.

It feels fantastic to be heading into a race weekend. It’s been a while since I’ve had to get into that competitive mindset, so it’s very exciting to be doing that again. I’ve had a solid winter training programme, which began especially early to be ready for this challenge and I feel like I’m in good shape. I’ve settled well into the team and that began in December with the test in Abu Dhabi, followed by regular simulator days and, recently, pre-season testing in Barcelona. It’s great to be preparing for a season with everything tailor-made for you. I’m ready, I’m pumped, and I can’t wait to go to Melbourne!

We can finally say it, for the first time this year… It’s #RACEweek!! 🙌 @F1 is back and so are our posters. How about that! 💛#RSspirit #AusGP pic.twitter.com/rT3wtu10bF