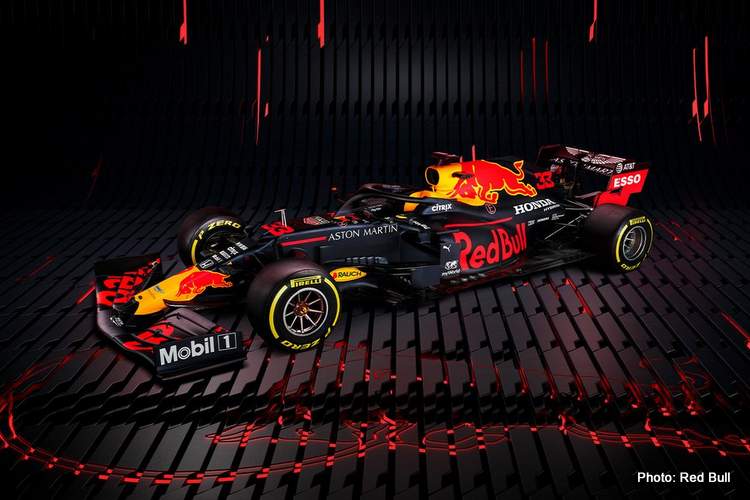 Red Bull drivers preview the Australian Grand Prix weekend at Albert Park in Melbourne, Round 1 of the 2020 Formula 1 World Championship from 13-15 March.

It’s been one year since you made your Formula One race debut. Are you looking forward to returning to the track where it all began?
AA: “I was nervous this time last year as it was my first Formula One race and I’d never been to Albert Park before. This year, it’s more about maximising the race itself. We had a good pre-season test and now it’s all about putting the pieces together for Melbourne.”

Tell us more about the Albert Park track…
AA: “Melbourne is really good fun and it’s going to be the first taste of how we’ve done over the winter. As for the track, Albert Park is not an easy circuit. I’d say it’s one of the hardest tracks that we go to and it’s the first one of the season so you’ve got to be ready for it. The track itself is very dirty and also high speed, especially for a street circuit. Technically, the track is very difficult and it’s up there with one of the bumpiest circuits we go to. You’ve got a lot of shadows on the track from the trees lining the edges, so there’s lots of leaves on the ground. It’s easy to make a mistake there, and if you do go off, it’s very punishing!”

Rate the Albert Park track…
8/10 – “I like this track, even though it’s a street circuit and hard to overtake on. No track is perfect but Albert Park has quite a lot of fast ninety degree corners which are challenging. The fast chicane in qualifying is also really satisfying when you get it right.”

Rate Melbourne as a race venue…
9/10 – “It’s one of the best races on the calendar. It’s the start of the season and everyone starts from zero which makes it exciting when it gets to qualifying and you find out where you really are. There’s a great atmosphere with all the fans supporting the event and the weather is good too which makes it a nice week.”

How special was the podium last year?
“It was a great start for us and Honda to be on the podium straight away and a good confidence boost for everyone. It was also my first time on the podium in Australia which made it even more special.”

How are you feeling going into the first race of the season?
“I feel good and we are pushing hard as a Team. Everybody here knows that to be successful you need to fully understand the car, do a lot of laps and we were pleased with our testing in Barcelona. We got good mileage, things ran pretty smoothly and that’s exactly what we wanted. Honda are also pushing flat out. You always want improvements and they have made a lot since last year. The real bonus is that what they say they will deliver development wise always happens and I’m confident that will be the case again this year. My contract talks were pretty simple and I trust the Team. I believe we can move forward and get back to challenging like we did in the past. We have the right people in the Team and I think we have everything we need to challenge, especially with the dedication from Honda. I’d like to start the season strong, because then it’s really on but we won’t know where we stand until Q2 and Q3 on Saturday in Melbourne, that’s where all the hard work over the winter really counts.”

In need of a quick Albert Park refresh ahead of the #AusGP? 🇦🇺 Over to you @redbullholden and @Max33Verstappen 😎 #RedBullFamily pic.twitter.com/puIKQV52ZJ