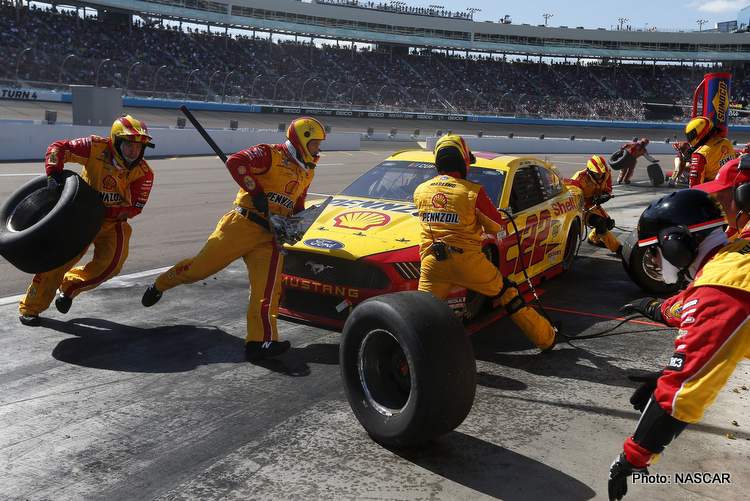 With Coronavirus taking hold, events being cancelled or postponed and an already quiet weekend on the world race calendar this past weekend, international racing was limited to the NASCAR Phoenix 500 and the Qatar Moto2 and Moto3 Motorcycle Grands Prix.

It was tight at Phoenix as Joey Logano fought off Kevin Harvick’s similar Ford in a two-lap overtime shootout to the flag to become the first two-time winner in 2020 NASCAR. A late-race caution saw Harvick on Logano’s bumper when the yellows lifted to release the field on those two additional green-chequer laps, but Logano held him off to earn the right to Victory Row. Kyle Busch (Toyota) ended third from Kyle Larson (Chevrolet), Clint Bowyer (Ford) and Kurt Busch (Chevrolet).

While the premier Qatar MotoGP famously fell victim to the Coronavirus scare, the Moto2 and Moto3 fields were both already in Qatar for pre-season testing, so those races went ahead as planned at Losail on Sunday evening. Japanese KTM rider Tetsuta Nagashima came from 14th on the grid to win a hectic Moto2 race after moving ahead of the gaggle late in the race. He left Lorenzo Baldassarri to fend Enea Bastianini, Joe Roberts, Remy Gardner and Jorge Navarro off for second.

Moto3 proved even more hectic as Albert Arenas ended up in front of a ten-bike bunch split by under a second to celebrate KTM’s 100th win in the baby MotoGP class. Arenas escaped a last lap clash what saw Darryn Binder eliminated, to fend off Honda quintet John McPhee, Ai Ogura, Jaume Masia, Tatsuki Suzuki and Gabriel Rodrigo off, all within half a second at the flag.