Norris: Max is more of a racer than Lewis 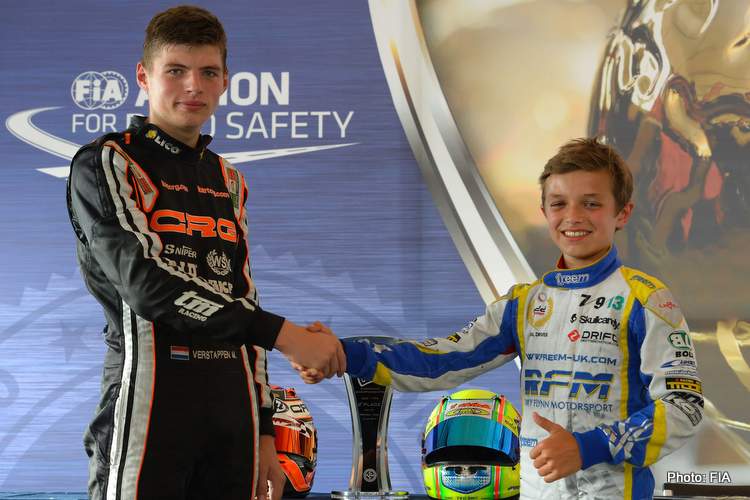 Lando Norris has (intentionally or not) kicked the hornet’s nest by claiming that Max Verstappen is more of a racer than Lewis Hamilton, a candid comment from the 20-year-old who clearly is not afraid to call it as he sees it.

The young McLaren driver has endeared himself to fans of all ages with his sense of humour, wit and game to entertain attitude that sets him aside from his mostly dour and humourless rivals on the grid.

While Ferrari continue their own foot-shooting campaign they are likely to play a role in the title fight, but the smart money is on, of course, Mercedes’ Hamilton beating Schumi’s incredible tally of 91 victories as well as equalling the great German’s seven F1 titles come to the end of the year.

The outsider to watch, and drop a wager on too, is Red Bull’s Max Verstappen with his always-up-for-a-brawl demeanour which fans hope will turn this year’s championship into a humdinger that goes to the wire, as opposed to last year’s yawn which was over by summer.

With regards to the two foremost drivers of this era, Norris told PA news agency, “Max is more of a racer than Lewis. He wins by making those moves and puts everything on the line.

“Lewis has spent a lot of years against decent drivers. He is very good in qualifying. He nails the laps and then he nails the race. But you never see him making these amazing overtakes – probably because he is always at the front – yet you see that from Max.

“Both drivers have strengths, albeit in slightly different areas. It would be great to see them go head-to-head this year. They are the two that are proving themselves at the moment.”

Last year, as a teenager, rookie Norris was the darling of the paddock, perhaps a tad too much so by his own admission.

This year comes with other challenges which he is prepped for, “The second year carries another type of pressure. There is now the pressure of it being my second season whereas last year there was the pressure of just being a rookie.

“You have that title above your name and you get a bit of leeway, but I don’t have that any more. It isn’t as nice but I don’t think it changes too much. I feel like I can do better in a lot of areas than I did last year. The bad moments are the things I now need to improve on.

“I am not preparing differently, I am preparing in the best way that is possible, and it doesn’t matter if it is your 10th season or your first, that pressure will always be around in F1,” added Norris who will share a garage with Carlos Sainz.

The 20-year-old Englishman was also not shy to highlight an issue that Mercedes dominance of F1 is a turn-off and does little to attract fans or keep them interested as the results are typically a foregone conclusion.

There is no taking away that Mercedes are a mighty team, the best and most successful in the history of F1, a well-oiled war machine with a ruthless habit of winning even on the rare occasions that they do not have the best car.

Step up Lewis Hamilton, one of the very best drivers of this generation, who takes the tools given to him and hammers home win after win and title after title, with a  monotony that may impress engineers but does little to entice fans to the spectacle.

Norris said, “I know a lot of people who don’t watch F1 because all they see is a Mercedes winning and it looks boring from the outside. I hope it doesn’t happen this year, but it is likely it will. It is a shame and it is bad but what can you do about it?

“There are so many little things that Mercedes have worked so hard on, like the steering wheel. They come up with these ideas which are just insane and you have to say hats off. Everyone else needs to do a better job and catch up,” reckoned the McLaren young gun.