Hamilton: I plan to be here a while longer 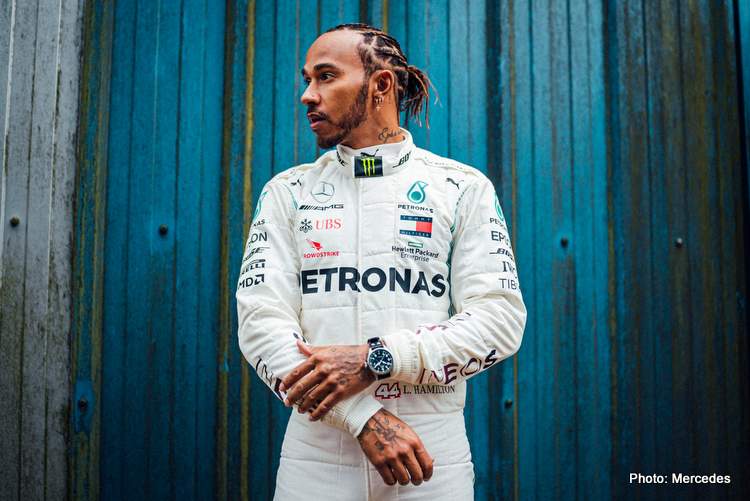 Although synonymous with winning in Formula 1, Mercedes has wider concerns than Lewis Hamilton’s chances of matching and breaking records, among them the future of the planet.

Hamilton and his Mercedes team have taken steps to reduce their impact on the environment, the superstar driver, who follows a vegan diet, sold his private jet and some of his luxury cars last year.

Mercedes followed up by recently announcing it was planning to have a net-zero carbon footprint by the end of the season, which starts Sunday at the Australian Grand Prix in Melbourne.

“We want to be at the forefront of this change,” Mercedes team boss Toto Wolff declared, which would put it a decade ahead of F1’s own commitment to go carbon neutral by 2030

Mercedes has also committed to have both its British bases, at Brixworth and Brackley, using renewable energy. The goal there is halving their CO2 emissions of 20,000 by 2022.

The team will take smaller steps, such as getting rid of single-use plastic from their motorhome catering located inside F1’s paddock. Mercedes said it would offset unavoidable CO2 emissions “through gold-standard carbon offsetting,”

The pinnacle of the sport has been criticized for its massive energy costs used in constructing cars, racing them, and moving teams to multiple events around the globe.

“We want our motorsport platforms to be a case study for the rapid and open-minded implementation of innovations for a more sustainable future,” Wolff revealed. “That goes from the hybrid and battery electric technology in our race cars, to our daily business practice at the racetrack, and in our production facilities.”

Hamilton has exchanged some of his luxury cars for hybrids and electric vehicles as part of his lifestyle change, “Sustainability is very important to me. I’ve also put sustainability at the heart of other ventures I’m involved in.”

Yet two of Mercedes’ sponsors are energy giants Petronas and Ineos, the former, the Malaysian petroleum company, has its name splashed across the side of Mercedes’ Silver Arrow cars and its drivers’ driving suits.

Ineos, which recently signed a multi-year deal, is a British chemicals company that has been involved in shale gas extraction. Mercedes has not publicly mentioned if it will revisit its sponsorship deals with either.

With the rules for this F1 season barely tweaked over the winter, Mercedes is favorite to clinch a record-extending seventh straight drivers’ and constructors’ title.

Mercedes got even further ahead of the competition during the preseason by unveiling a new steering system activated by the drivers pushing and pulling on the steering column, although it will be banned when a raft of new F1 rules come into place in 2021.

“It is great to see [engineers] not doing the same things as everyone else and coming up with things outside the box,” Hamilton said during F1 preseason testing in Spain.

Given Mercedes’ strengths, Hamilton has the ideal opportunity to emulate and surpass Michael Schumacher’s records. That seemed untouchable a handful of years ago when Hamilton was languishing behind then-Red Bull driver Sebastian Vettel 4-1 in world titles.

Vettel’s last drivers’ title was in 2013. Since then, Hamilton has won every title apart from when then-Mercedes teammate Nico Rosberg beat him in 2016.

Hamilton, who has already overhauled Schumacher’s record for pole positions, can match the German great’s record of seven F1 titles this season.

He needs eight wins to pass Schumacher’s mark of 91 and could well do that this season, considering he won 11 races in each of the past two seasons.

If he is feeling the pressure, Hamilton doesn’t much show it.

“I always say numbers are not a massive thing for me,” the 35-year-old British driver said. “But I plan to be here a while longer so hopefully I will get there.”