The Undercut: The Ferrari cheating scandal – who cares? 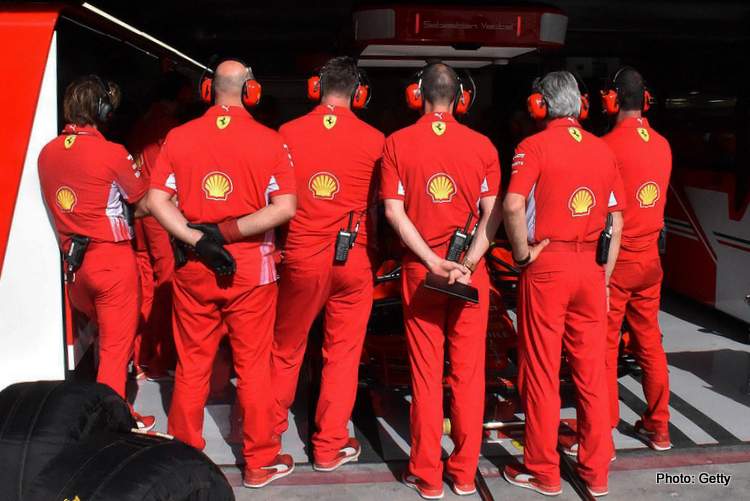 While just about everyone else has a massive hissy fit about the Ferrari engine saga, can I just say one thing? Thanks. Here it is: Who cares (with question mark deliberately omitted).

As soon as that mealy-mouthed, pathetic and slightly confused little statement was pushed out by the FIA, which 15 years ago had been nicknamed ‘Ferrari International Assistance’ by the then (and soon to be kicked out of the scene) Minardi boss Paul Stoddart, I thought: “Oh God – here we go again.”

But unlike many of you, my first thought wasn’t “Oh God! Corruption! What a travesty! Here we go again.”

It was: “Oh God! Now I have to listen to weeks and weeks of cries of ‘Corruption! What a travesty!’

It’s a bit like when a team, with its multi-million dollar budget, decides to prioritise itself over the overpaid prima donna in the cockpit for a moment and switch the order of their two drivers.

“Oh God! Unsporting! What a travesty!” Again, and again, and again. Over, and over, and over. Same outrage. Same overreaction. Same fundamental lack of understanding of how this sport – and this world – really works.

Or when the ridiculous mainstream media goes predictably insane over the little sniffly cold that is doing the rounds at the moment, and my fellow Australians start brawling in the aisles of the supermarkets for some reason in order to stock up their cupboards with reams and reams of … wait for it … toilet paper. Yeah, toilet paper.

Yeah, wouldn’t it be just lovely if you never had to get pointlessly outraged or unnecessarily panicked about things that aren’t perfectly perfect in an unchangeably imperfect world?

Wouldn’t it be nice if we lived in Utopia?

So for those of you who have come down in the last Formula 1 shower (Netflix, I presume), let me explain something to you: Ferrari is the most important team in Formula 1. Now let me explain something else: the most important team’s arch-rivals, Mercedes and Red Bull, are trying to perform a cheeky and cynical and predictably political overtaking move on the red cars by pushing this tired old narrative about Ferrari cheating and the FIA letting them.

Yeah, well here’s a newsflash: They’re all cheating. Some more skilfully than others.

And now let me explain just one more thing: The only people who understand these crazy engine rules are the ones who actually make the engines. It isn’t the guys who wrote the rules, that’s for sure.

If the rule-makers had made these engines, they would have interpreted the rules all fairly and to the letter and according to the ‘spirit’ (which doesn’t exist) of what was intended. And their engines would have been slow and … dead last. And apart from you and I, there is another group of people who don’t really understand the rules very much – the people who are now charged with enforcing them. And punishing those who break them (they think. Kinda).

And we wonder why something like this could possibly happen?

Apologies for the length of that previous spiel and sentence, but in this bloody war (and it is a war) over thousandths and millions the merest of kilowatts, waged by dozens and dozens of the geekiest engineers and smartest managers on the planet, the FIA doesn’t have a chance in hell of policing it effectively.

Yes, the FIA technical department is now manned by some pretty impressive engineers, but the motivation to catch cheats can never be as powerful as the motivation to cheat – especially when the rewards are so high. And the FIA’s budget – wherever it comes from, and however much it is – is like a speck of dust compared with the huge mountains of sludgy mud that are F1 team budgets.

And who says Ferrari was cheating, anyway?

My assumption is that this is what happened:

Cue headline-after-headline and tweet-upon-tweet of outrage at this obvious and blatant (eye-roll) round of corruption, and a mad rush for the regulations to write this bit in so that this exact thing doesn’t happen in exactly the same way again at some point in the future. Which it definitely will.

‘Tis Formula 1. ‘Twas ever thus, and ever thus will be.