TechTalk: Ferrari and its gurus, more than just black and white? 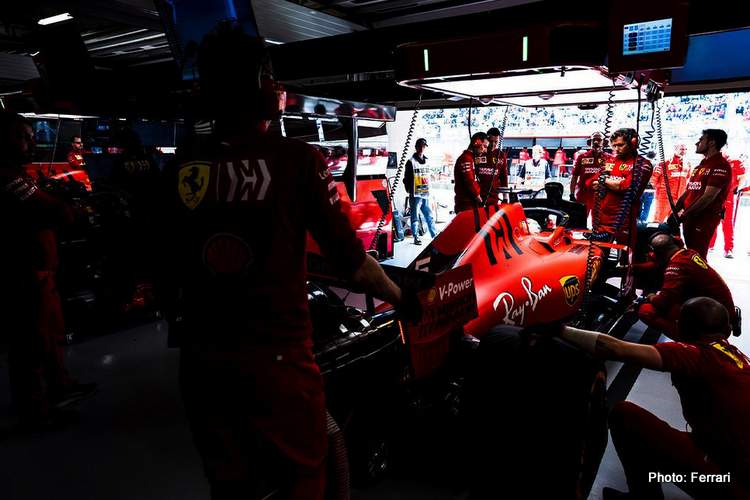 Today you’re gonna think I’ve really lost my marbles. But bear with me — there’s madness to my method…

Suppose that’s partly due to my mom — always with her head in the stars, why your Venus is up your Uranus and the effect that has on your life, etc. To me, it was all hocus-pocus. Then one day she told me, “There will be too much energy in your life on Saturday, my boy — dad must go with you this weekend.”

I was headed to Port Elizabeth to race my Kadett 16V in the ’89 Stannic Group N nationals at Aldo Scribante and lo and behold, I was taken out in someone else’s vendetta and ended up rolling over Briers’ Golf 16V in a cataclysmic startline accident. That did my season too.

I thought to myself, what the hell — the old lady may have a point? That train of thought stopped there and I got on with it. Three or four months later mom said, “Be careful today my boy — you have too much energy again…”

I hardly listened, hopped in my mad street 16V and headed off to work and as I always did, threw it like Sainz Senior into the left-right leading up to my tuning shop. But someone had dropped sand on the road overnight and I went off. And rolled it.

That day I took note. Next time mom told me I had too much energy I hid behind my desk. But I bumped my big round glass paperweight with my elbow and it rolled off the desk, fell onto my big toe and blackened the nail.

I promise you, there is something in that hocus-pocus. I started to pay attention to my mom’s crazy warnings and I think to good effect. There definitely is more to life than just what the dyno, the stopwatch and the balance sheet say.

Bare with me — we are getting somewhere…

Allowing that spiritual window to stay open and having often since leaned on the sill and looked out into that world, I have come to accept a few nuances I perhaps never would have. Now, I’m an aero engineer by trade, have raced cars my whole life and am schooled and fully au fait with the black and white and the pragmatic in life, but the above experiences proved to me that there most definitely is a grey area too.

Most of us react first and foremost to the stimuli of the earth’s environment — the physical climate and events around us, what we can see, touch and feel and we work hard to exploit the best out of all that — it’s just human nature. But what about our own atmosphere — that aura around each of us?

Now it is not only us that have one — every object on earth has its own aura, or essence and that and everything else we touch, see and deal with every day, are inextricably linked.

So whether it is mother earth, its inner core, surface, seas and oceans; its atmosphere and how it all fits into the solar system and the greater galaxy, there is a certain spirit or aura to all of it. Same with us, your puppy, your house and the bricks or panels of which it is built and the screen you are looking into right now — there is more to everything we know, see, touch and feel, than just the dense body of it.

In reality, that aura is an electromagnetic energy field, which encapsulates us and all else on earth and beyond. It is this real and present yet invisible aura, which makes us and everybody and everything unique.

They say that aura governs our health, our attitude and our wellbeing and that if you can manage it, if you can master it, and that can have a significant and meaningful impact on everything we do. Once again, I remind you that the same applies to everything. Still with me? Keep up —this is where it starts getting interesting…

Remember my tuning shop I mention up I rolled my Kadett on the way to that morning? Well, That really was a cool little business — we developed and marketed a range of streetcar go-faster options — filling the niche that M, AMG and RS occupy today, versus the likes of Oettinger, Irmscher and Alpina and dare I say, I think we did a better job for half the cost too. I also ran my and a few other race cars from there and the dyno was a busy little room.

Now I am sure you have seen — and wondered about those little magnetic doughnuts that clamp over your car’s fuel line, that they tell you will improve your car’s performance, economy and the rest by ‘magnetically conditioning’ the fuel? We tested plenty of them over the years and always came to the same conclusion — they were not worth the improvement they brought — they never really made enough of a gain to warrant using them in your daily driver.

That said I used the units they gave us to test on our race and economy run cars, because small as they were, any tiny improvement was worth a bash in competition…

You may by now have an idea where this is headed…

Now in November I met a very interesting man at an international race meeting — he was there because he was working on something very different and while most thought he was pretty much where you may think I am right now and soon wandered off, he and I chatted for some time. What this fellow does is to impose upon the auric field around a race car and its components to find an advantage on track.

He works around the car’s aura and fields and that of the car’s strategic components — from how the field or aura affects the flow of air and fuel through the inlet manifold and plenums and combusts, to the effect of an internal combustion engine’s parts rotating at dizzying rpm has on all around it and even how the tyres interact with the tarmac, the heat and the fields imposed by the rotational forces of the wheels and how the car’s speed impacts on it all.

The list of automotive aspects that auric meddling can benefit the performance of, seems never-ending. But the real crux here is how people are already modifying that aura of things to improve how they perform as a component and as a part of the whole in racing. It’s beyond intriguing too…

Now consider this; if race teams, which travel to races in gangs of say, twenty people in lesser formulae have gurus travelling with them to meddle with the aura of their cars and their parts, how rife is this phenomenon at, say, Ferrari which has close-on 1500 people working on its two cars?

How many spiritual disciples, electromechanical engineers and the like are spending all their waking hours playing with this black art to find ways to be sure that those red cars will lap a few hundredths faster than the silver and blue ones?

And is this what the FIA has stumbled upon at Maranello and is powerless to impose Formula 1 law on, simply because right now, it is a completely grey area and there are no laws to control it…?

It’s a most interesting question and one that may very well explain what has gone down to etch that frown on the FIA’s brow. Have the red gurus of Ferrari exploited an area most people don’t even acknowledge exists?

So being, that intellectual property is without doubt Ferrari’s and if so, all the FIA can do is to work with Maranello as it tries to catch up on how a new and most significant dimension is now starting to influence F1.

Impossible? No — I do not think so — I can guarantee that my mom agrees fully and I can’t wait to send her this link.