Williams: 2019 was our rock bottom 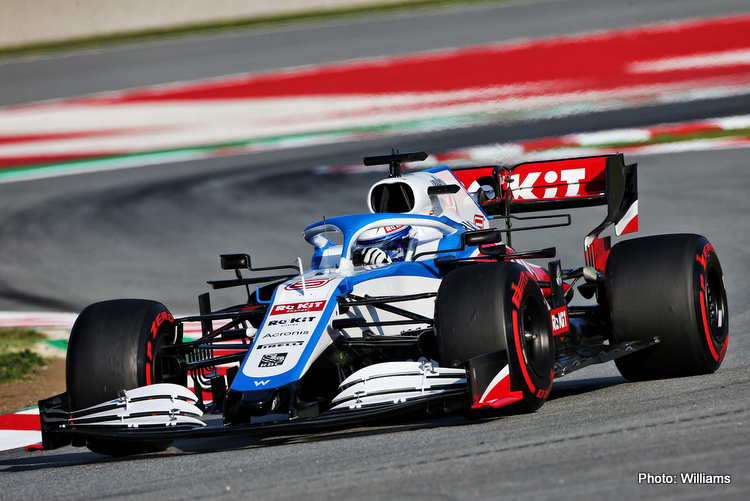 The new Formula 1 season will be of critical importance for Williams, once dominant world champions who have fallen so far from the heights that their points haul from the last two campaigns amounts to a total of eight.

Claire Williams, deputy team principal and daughter of founder Frank, admits as much.

“It’s a critical year because we’ve had two bad years and Williams isn’t in Formula 1 to race around at the back of the grid. We’re here because we want to race the competition,” she told Reuters.

“Having a third (bad) year and to subject our team personnel to a third year of racing around by ourselves at the back of the grid is going to take its toll. And we don’t want that to happen.

“For our pride and for our self-respect we can’t allow that. This is one of the most fabled and storied teams in Formula 1 and we want to see it back where we know that it can get to.”

Only Ferrari, with 16, have won more constructors titles than the nine Williams took between 1980 and 1997 but it is a different century now.

The team that had drivers’ titles with the likes of Alan Jones, Keke Rosberg, Nigel Mansell, Nelson Piquet, Alain Prost, Damon Hill and Jacques Villeneuve last won a race in 2012.

They scored only one point last year, finishing last, and failed even to get their car to testing on time. They finally hit the track in Barcelona three days late.

The degree of disarray at the factory was such that even the wheel nuts were not ready.

Technical director Paddy Lowe, who had joined from champions Mercedes, was an immediate casualty with the Briton put on a leave of absence that he never returned from.

This year, Williams made sure Briton George Russell was the first out of the pitlane on day one in testing and in a Mercedes-powered car that was much improved on last season’s.

It will take a lot more than turning up for testing to restore pride but it was a start, with Russell and rookie Canadian team mate Nicholas Latifi putting in respectable times and a decent number of laps despite some engine problems.

“That for us was a shameful moment last year, not getting our car out. We’d managed to do it 42 years prior to 2019 and we failed last year,” said Williams.

“That was our rock bottom.”

After the first three days of testing at the Circuit de Catalunya, Claire Williams told reporters she started smiling after the opening lap and had not stopped.

Last year she had wondered whether she herself might be the problem, some critics holding her responsible and questioning her ability to do the job.

How much credit she gets now remains to be seen, but Williams are certainly in a much better place.

“It’s really been no stone left unturned to look at what we’re doing. You can sense the difference in the team,” she said. “You can sense the greater level of communication amongst all the areas, the departments.

“The spirit has always been there but it’s there more than I have ever seen it before and everybody is working incredibly hard to make sure we deliver performance.

“I always knew last year that I was in a position to drive change. And I wasn’t about to give up,” she added.

“Us Williamses are a bunch of fighters and we don’t give up that easily.”