Verstappen: Zandvoort will be a lot of fun 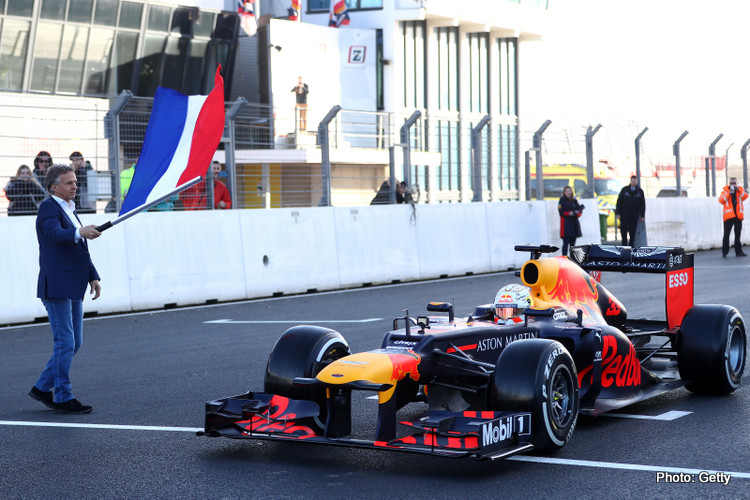 Dutch driver Max Verstappen said he was positively surprised by the new Zandvoort circuit after he tested it out on Wednesday, two months before it hosts the first Dutch Formula 1 Grand Prix in 35 years.

“I really enjoyed it out there,” Verstappen said after he had driven his first laps in a F1 car, a 2012 Red Bull, on the fully renovated circuit. “It is even better than it was before, it’s very exciting, I think a lot of people will like it.”

As the youngest Grand Prix winner and first Dutchman ever to triumph, Verstappen has attracted tens of thousands orange-clad fans to races in Belgium and Austria and helped Zandvoort sell out its 300,000 tickets months ago.

Hoping to permanently reclaim a place on the F1 calendar, Zandvoort recently completed a 15 million euros overhaul of its picturesque but outdated circuit in the dunes 25 kilometres west of Amsterdam.

Its most prominent new features are two banked curves, which Verstappen said give the track a unique feel, “In turn three there’s a massive banking, that is really cool. When you enter it’s quite a blind spot because you’re so low in the car. So we can do a lot of lines through there.

“The last corner as well is pretty banked. When we enter with the new cars and the DRS open, I think it will be a good challenge and a lot of fun,” he predicted.

Known for his spectacular and unorthodox overtaking manoeuvres, Verstappen has many Dutch fans dreaming of such moves at Zandvoort, despite its reputation as a track with virtually no chance for drivers to pass each other.

But the 22-year old is taking a more pragmatic approach, “As a team, we have to target to try and be first, so we don’t need to overtake.”

Although the hopes of his many Dutch fans could lead to extra pressure to excel in his home Grand Prix, Verstappen is not expecting to feel more stress, “The pressure will be the same as in every Grand Prix

“Yes, there will be a lot of people supporting me, but at the end of the day I will always try my very best in every race. So that doesn’t change anything in the preparation for this one.”