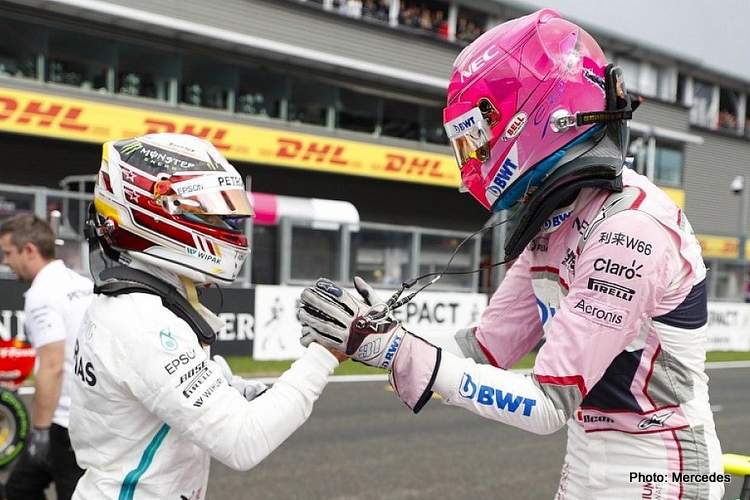 Formula 1 returnee Esteban Ocon says Lewis Hamilton and Formula 1 champions Mercedes have made him a stronger driver as he starts afresh in the top flight with Renault in 2020.

The 23-year-old French driver spent last season as Mercedes reserve after a move to Renault from Racing Point, where he was replaced by team owner Lawrence Stroll’s son Lance, fell through.

Linked to Mercedes as a possible replacement for Valtteri Bottas, a deal with Renault was finally announced last August for Ocon to replace German Nico Hulkenberg alongside Australian Daniel Ricciardo.

Ocon used his time at the champions to good effect, however, learning important life lessons from one of the greatest drivers of all time.

“I had good chats with Lewis, who gave me good advice not really on the sports side but more the managing side,” he recalled. “He gave me good words and gave me directions of where to go. He was amongst a lot of people also a good teacher in all those parts.”

That was not all, while Ocon was reluctant to divulge secrets, he said the way Hamilton lived his life was an eye-opener, “How he uses his time is very impressive. The way he works with his engineers and the life he has.

“All around he has a very busy life but when he does something, it’s 100%. Forget the rest. He does his things, he does it well, very precisely. But once he’s done it. Boom! He doesn’t lose time. He does something else.”

Where other drivers might struggle to refocus, going from the fan zone to a 10-minute engineering debrief and wasting three minutes adjusting, Ocon saw how the Briton took it all in his stride.

Ocon said his time at Mercedes had been gruelling, doing a crazy amount of travelling and going from simulator work at the Brackley factory to carrying out duties at the racetracks around the world, but the education was worth it.

“I came out of there a lot stronger than I was, with a lot more knowledge on the technical side but also on the other aspects like the organisation and the way they see things in different conditions. The way they just behave in any situation. I had an eye on all of that,” he explained.

At Renault, he will be up against Ricciardo and there will be plenty of attention on how the teammates get on, particularly when racing each other.

Ocon clashed notably with Mexican Sergio Perez at Force India/Racing Point but he is eager to draw a line under that episode, “What happened in Force India is not something I want to redo again.

“It was not a nice atmosphere. We had respect… but the atmosphere between us was not so good. On track we came close too many times, that was clear.

“Definitely the atmosphere is a lot better between me and Daniel than it was with Checo… hopefully we are going to be solid on that topic and able to push the team forward,” added Ocon.