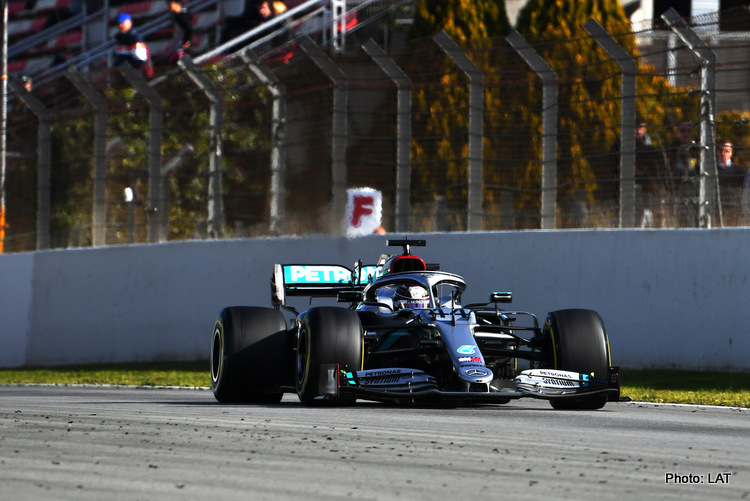 An innovative Mercedes dual-axis steering (DAS) system is ‘classic Formula 1’ but could be protested at next week’s season-opening Australian Grand Prix and will be banned anyway next year, F1 motorsport head Ross Brawn has said.

The Briton, a former Ferrari technical director who ran the Honda and Mercedes teams and also won titles with his eponymous Brawn GP team in 2009, told Reuters he was amused by the development.

“I’ve not got that engaged with it. I’ve watched it from a distance with some amusement because it’s classic Formula 1,” he said after a sponsor signing with online bookmaker 188BET at Silverstone on Tuesday.

F1 has a well-worn process for challenging innovations that exploit loopholes in the rules, with teams making a protest to stewards and presenting their arguments.

The stewards then make a ruling, which can in turn be appealed.

“That’s happened for time forever. And I’ve been involved in a lot of those arguments in my history so I watch with some amusement,” said Brawn.

His 2009 team stole a march on the rest of the paddock with a ‘double-diffuser’ that allowed eventual champion Jenson Button to win six of the first seven races before rivals caught up.

An official complaint by rivals before the opening race in Melbourne failed, as did an eventual appeal.

DAS allows a driver to change the ‘toe angle’ of the front wheels into corners and on the straights by pushing and pulling on the steering wheel, rather than just moving it sideways.

Mercedes technical director James Allison said in testing that the system was no surprise to the FIA, who had been kept informed along the way.

“The regulations next year, because they are defined more clearly, you couldn’t run that system next year,” said Brawn.

“The other important thing is the governance system is changing (in 2021) which will mean that even in-season there could be adjustments made to the regulations if there was a serious enough issue.”

Discussing the season ahead, Brawn said Lewis Hamilton’s champions Mercedes were again the team to beat, albeit with some reliability issues to overcome.

“Red Bull look to be quietly getting on with things, they look to be in a good position. Ferrari look like they’ve got a bit of work to do,” he said.

“There’s a fascinating battle in the midfield and certainly Racing Point have put the cat amongst the pigeons. They look to have a very competitive car.”

Canadian-owned Racing Point have raised eyebrows with a car they admit is a clear copy of last year’s title-winning Mercedes.