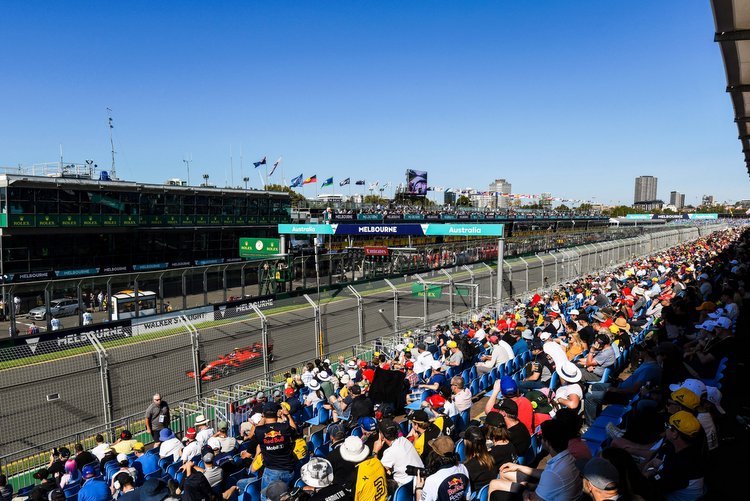 Melbourne’s major events chief is confident the Australian Formula 1 Grand Prix will go ahead as scheduled next week but said he could offer no firm guarantees because of the dynamic nature of the coronavirus epidemic.

Albert Park is already undergoing its annual transformation from inner city oasis to racetrack for the March 15 season-opener despite the health crisis that has caused the cancellation of scores of events around the Asia-Pacific.

“All of the indications from Formula One management are that they are planning for the Grand Prix to go ahead,” Martin Pakula, minister for tourism, sport and major events in the Victoria state government, told reporters on Wednesday.

“The set-up is already occurring, we would be expecting machinery and teams to be arriving from today through to the end of the weekend. So we are almost at the point where everybody is going to be here within the next few days.

“But having said that, I recognise the situation is extremely dynamic and to some extent there are matters that are out of control. There are decisions made by the (government) or might be made overseas.

“I’m very hopeful and confident but I can’t say anything about it with absolute certainty.”The Chinese Grand Prix scheduled for Shanghai on April 19 has been called off as a result of the virus, which emerged in the central Chinese province of Hubei late last year.

MotoGP cancelled its opening round in Qatar after the Gulf state imposed quarantine on visitors arriving from Italy.

The inaugural Vietnam round of the championship, scheduled for April 5, is under threat after it imposed quarantine periods on anyone who has come from, or been in, Italy during a two-week period prior to entry.

Italy, home to F1 powerhouse Ferrari, is one of the countries most affected by the epidemic with more than 50 deaths and more than 2,000 confirmed cases.

F1’s motorsport managing director, Ross Brawn, told Reuters on Tuesday that a world championship race would not go ahead in a country that denies access to any team due to coronavirus restrictions.

Australia has reported 42 cases of the coronavirus – the bulk of those evacuees from a cruise ship docked in Japan – and just three cases of local transmission, where people who had not left the country were infected.

Australia has imposed border controls on visitors from China and anyone who has been to Iran in the previous two weeks, but there are no restrictions on those travelling from Italy.