Leclerc: Nobody is unbeatable 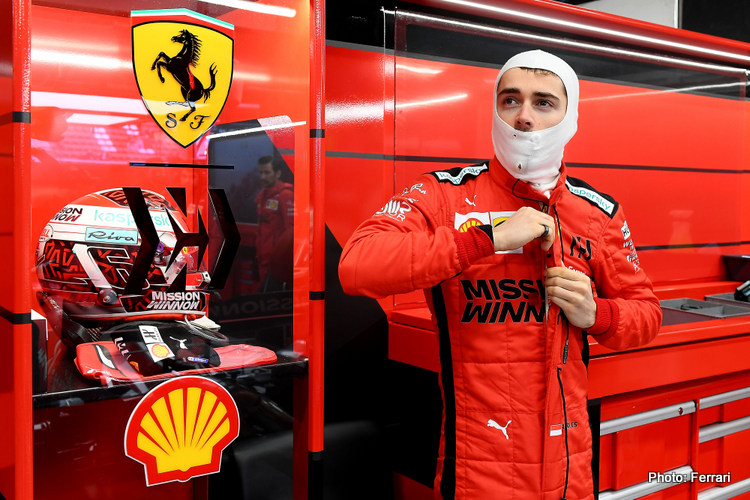 Speaking to Italian publication La Gazetto della Sport, the 22-year-old Monegasque aligned himself with Verstappen’s “good but not god” comments from a few weeks ago, while conceding he still can learn from the Briton.

“Nobody is unbeatable,” he said. “Not even Lewis Hamilton, although he is obviously a great champion.

“Lewis is not only more experienced than me, but also more complete, since he has been racing in Formula 1 since 2007. I have been here only since 2018.

“Personally, I have to learn to manage the tyre better and that is an aspect where he is phenomenal.”

In his first season with Ferrari in 2019, Leclerc took seven poles and two victories, finishing fourth in the championship, 149 points behind Hamilton. In 2020, he hopes to close that gap, indicating he hasn’t read too much into the Scuderia’s performance in preseason testing.

“Everyone at the tests does different things, you don’t know how much [other teams] push the engine, or how much petrol is on board. We’re happy with our work and what we’ve learned. However, on the difference in performance compared to our rivals, we have to wait for Melbourne.

Last year we were off to a fast start, we were very happy, then the first race showed that we didn’t really understand where we were. This year the approach is different, we are focusing on us, even though Mercedes and Red Bull are very strong. The program was important to grow, get to know the car better and be ready for Melbourne.”

And while Leclerc may not know exactly how the SF1000 will match-up to its competitors, he indicated he will not overreact should the team experience a few disappointing races.

“The objective this year was to put more downforce on the car and we’ve managed to do it: in tight corners we have more grip at the expense of a little bit of speed on the straights. If it is the right balance we will only find out at the first race.

“If at the beginning [of the season] there is a gap to our rivals we can recover: we have more flexibility on the car, we can do different things to adapt it to the circuits and to our driving style, and that is a quality that will help us in the development during the season. But in general it is also because we showed last year that we can grow during the championship, we saw it in the standings and in the results.”