Mercedes: No guarantee we’ll use DAS at all races 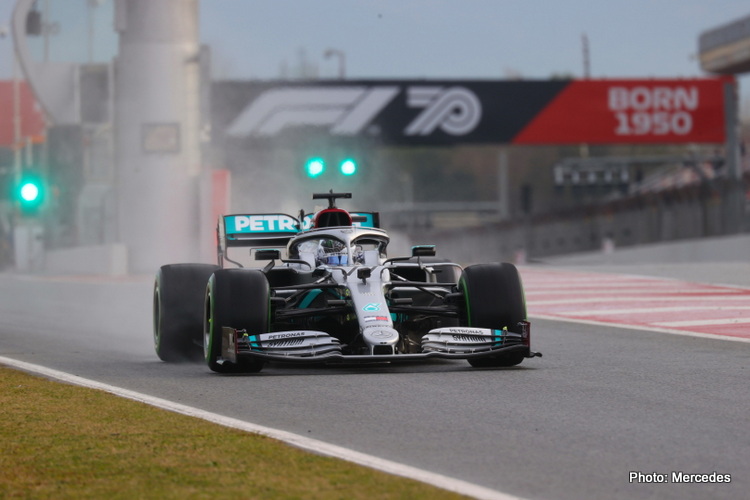 Mercedes’ dual-axis steering might not make an appearance at every grand prix, according to drivers Lewis Hamilton and Valtteri Bottas.

The system, had the paddock abuzz in the first week of 2020 Formula 1 testing, allows the drivers to adjust the toe angle of the front wheels by pushing and pulling the steering wheel of the car.

However, the Silver Arrows have not as of yet confirmed the system will be used at the first race of the season in Melbourne.

Talking to reporters after testing finished in Barcelona, Bottas said that he “saw no reason why not”, but qualified his answer.

“Definitely run by run we were learning more about it,” he revealed. “With the test, the engineers have more time to learn from the data and more of the guidelines for us as the drivers, how to best use it.

“What kind of situations it can bring the advantage, how big an advantage it will give us, and at which tracks is a bit of a question mark.

“We’re happy to have it on the car, and now it all goes pretty smoothly and starts to feel like everything goes pretty automatically without too much thinking about it, and we’re using it what we think is the best.”

In addition to his teammate, Hamilton sought to further downplay DAS’ potential usage.

Nevertheless, the six-time world champion admitted that he is looking forward to seeing it in action.