The Undercut: Netflix’s Drive to Survive is not real 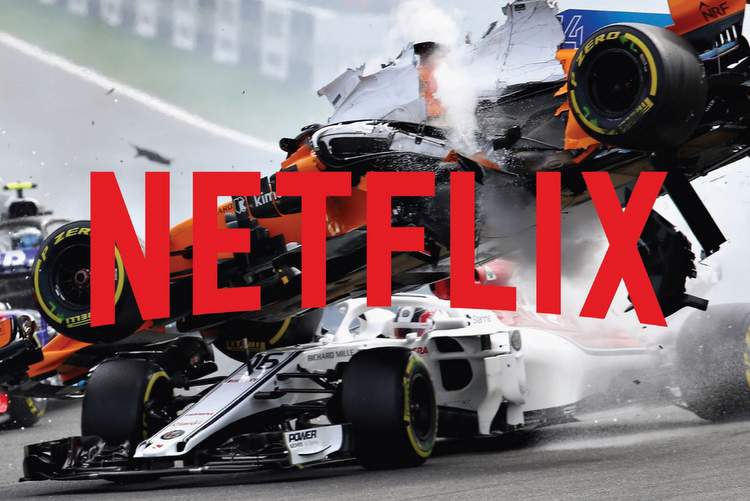 I often think about the ways Formula 1 has changed, and wonder whether:

Because the second option would involve me needing to do some [insert retching sound] deep psychological self-reflection, let’s just assume that F1 has changed. And now let me tell you what one of my biggest gripes is:

Whether that’s a real word or not is not the point. Because at least my attempt to explain something about what I think about F1 is completely and totally honest.

Season 2 debuted on Friday night, and with five or eight wines (I swear that’s all I had) firmly in the fuel tank, I buckled up (and unbuckled my actual belt) for episode 1.

Within half an hour, I was bugging out of Netflix and reaching for my favourite REAL F1 documentary. I don’t know off the top of my head who made it and I have no interest in looking up the marketing material or reading the press release, either. I just don’t care. But let me tell you this: it was brilliant.

And no, I’m not talking about the 2018 documentary about the fascinating and calamitous final days of the McLaren-Honda collaboration, called Grand Prix Driver. You can only watch it on Amazon Prime, and it’s ok. It really is. The main problem, though, is that … it’s not real.

Not real? Yep. Not real. Some of the scenes are completely and totally and cynically staged. Don’t believe me? Load up the scene in which three mechanics are chatting about how awful the Honda engine is, as they liken it to a “Honda Civic”.

Or the conversation between Zak Brown and Eric Boullier, where the camera – which is ‘locked out’ (not really locked out) of the meeting in the glass-walled room – pretends it is not still listening in on their admission that the woeful Honda engine will cost them Fernando Alonso’s services for the following 2018 season.

Let me repeat: It ain’t real.

There’s a reason pretty much everyone who loves premier open-wheeled motor racing absolutely hated Sylvester Stallone’s 2001 Indycar movie called Driven. We’ve all watched it a zillion times (because back then we had no real mainstream alternatives within the genre).

But at least Stallone made it obvious that this crap-fest was obviously not real. So in that way, we didn’t really mind.

Let’s fast-forward to 2010, when Asif Kapadia’s Ayrton Senna biopic called Senna was released. Because we all frickin loved Senna, frickin love the Senna story, and frickin love all that old Senna footage, we all said we loved it.

But did you REALLY love it?

Let me suggest to you that you very much do NOT love what Kapadia did with what should be a sacred motor racing tale. But don’t believe me. Believe the man who arguably knew Senna the best.

“I’m really upset, actually,” said Alain Prost, who we all know was Senna’s arch-nemesis who ultimately became his unexpected friend in the last months of the great Brazilian’s too-short life.

“I spent many, many hours shooting for this film, trying to explain what happened,” the Frenchman added. “But in the end I was just the bad guy. They wanted to do a commercial thing with good and bad. Ok. It’s a really big shame.”

And this, boys and girls, is the kind of road F1 has decided to go down: the false, fake, Hollywood, ad-friendly, fraudulent, phony, Driven-and-Senna-and-Grand Prix Driver-road.

And the pinnacle, as the most honest of you among us will also admit, is what they’ve done with this Netflix series. You may think Gunther Steiner is the only cartoon character they’ve created here, but you’d be wrong.

What I really love about F1 is that it actually was very much NOT Hollywood at all in the beginning, and in many ways it still isn’t. While an ace Hollywood producer and director can make an epic tale about, say, World War II, it’s still just a story that is designed to sell tickets and popcorn. But that’s never what F1 was, and lest we just let it become that.

F1, my friends, was an ACTUAL war. Bernie Ecclestone may have turned it into a multi-billion dollar war machine, but what the grassroots supporters, ‘the base’, the core fans really loved, still rang true.

Now, Netflix has condensed it down into the basic Hollywood character archetypes, so that you can consume it just like you consume a Quarter Pounder (with cheese): easy, cheap, fake, and disgustingly delicious.

But for those who still watch and follow (and work in) F1 because we remember when it was raw and dirty and dangerous and messy and no one (including you) really fit the mould, Drive to Survive is as fake as the contents of Pamela Anderson’s bra. But at least she knows she’s not really kidding anyone.

Oh, I almost forgot to tell you about my favourite Formula 1 documentary of all time, depicting in mesmerising honesty McLaren’s 1993 season, when Ron Dennis was grappling with a Senna who didn’t really want to be there anymore, whilst simultaneously creating his next sensation of the future, the young and brilliant and flawed test driver named Mika Hakkinen. Look it up on Youtube – you won’t regret it. Search for ‘The Team: A Season With McLaren’.

In the words of Chris Martin: Give me real. Don’t give me fake.