Outside Line: What’s going on with the FIA and Ferrari? 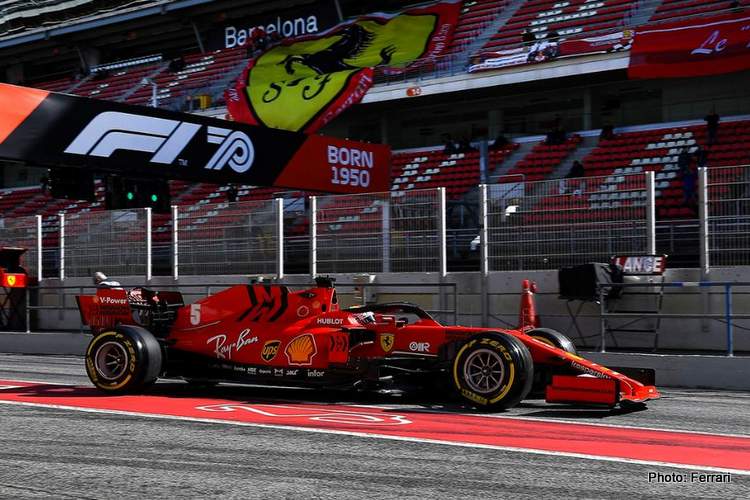 Three months after the 2019 Formula 1 season has concluded, we finally have a resolution to the FIA’s investigation of Ferrari’s suspicious engine power… well, kinda.

A PR tactic as old as time itself, F1’s governing body decided to break this news, which they knew would be ill-received, at a time when it would be met with the least amount of fanfare.

In this case, it was 10 minutes before the end of the final session of preseason testing, and with two weeks ahead of the usual season-opening build-up to lose it in – but it won’t be lost if I can help it.

The statement, in case you missed it, reads (bolding mine) as follows:

“The FIA announces that, after thorough technical investigations, it has concluded its analysis of the operation of the Scuderia Ferrari Formula 1 Power Unit and reached a settlement with the team. The specifics of the agreement will remain between the parties.

The FIA and Scuderia Ferrari have agreed to a number of technical commitments that will improve the monitoring of all Formula 1 Power Units for forthcoming championship seasons as well as assist the FIA in other regulatory duties in Formula 1 and in its research activities on carbon emissions and sustainable fuels.”

In other words: we looked into the myriad accusations Ferrari had found a way to subvert the 100 kg/hour fuel-flow limit in 2019, found the accusations to be credible, and now, instead of punishing them for breaking the rules, we will let them “work it off”, as if they are a child who has broken a neighbour’s window.

I mean, I’ve never been a “Ferrari International Assistance” guy – and it wasn’t that long-ago people were accusing the FIA of favouring their immediate rivals Mercedes (Canada ’19), but I don’t know how else you can reasonably perceive this.

If Ferrari was not guilty of any violation, wouldn’t you just… say that? Instead, this statement literally tells us they have something to hide, and offers no indication Ferrari will be held meaningfully accountable for the consequences of their actions.

Per Christian Nimmervoll of motorsport-total.com, this was not some sort of backroom, consensus deal approved by the other teams either, with an unnamed team principal quoted as saying “we are definitely not in agreement with this” – and how could they be?

Forced as we are to continue to operate under the assumption Ferrari broke the rules, they still get their 2019 prizemoney, and as Nimmervoll indicates, that’s $40 million that should be going elsewhere.

If the FIA, Liberty Media, and Formula 1 in general want themselves to continue to be taken seriously as an elite global competition, transparency must be paramount in dealing with competitors, and that goes doubly so for the rule-making body itself. We wouldn’t tolerate backroom deals of this sort in the EPL, NFL or NBA – we shouldn’t here either.