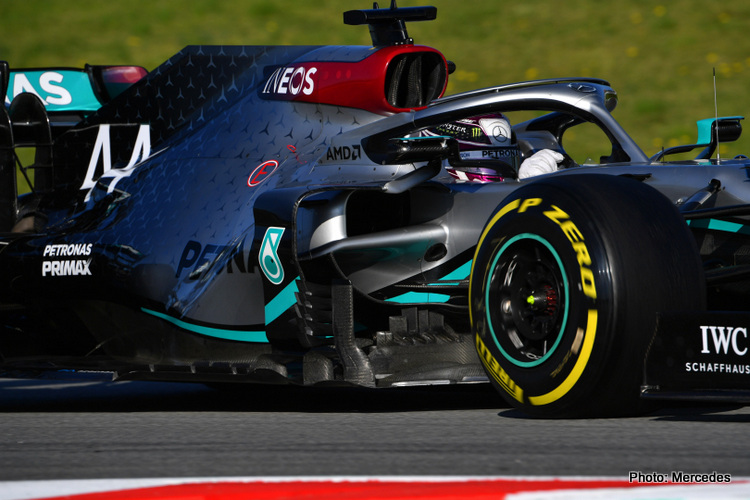 Lewis Hamilton has admitted the reliability on his Mercedes W11 is still not where he wants it to be after testing, but expects further improvement in the two weeks before the start of the 2020 Formula 1 season.

Having endured an oil pressure issue that curtailed his running to just 14 laps of testing on Thursday, the six-time world champion has acknowledged that Mercedes’ power unit needs work before the Australian Grand Prix begins on March 13.

“Is it a concern? For sure,” Hamilton was quoted as saying by Formula1.com. “Normally in pre-season testing, we’ve got much more confidence in [our] reliability, so it’s not been perfect for us. We’re on our third engine already, so it’s definitely not an easy or relaxed scenario for us. But I have every confidence in the Mercedes factory that they’ll analyse and do the best they can over the next two weeks to make sure that we’ll start off, again, on the right foot.

“It was a difficult winter [for Mercedes High Performance Powertrains] last year and I think it’s been a difficult winter this year,” Hamilton added. “The engine is actually very good, and an improvement from last year. It’s just not quite where we want it to be reliability-wise. But I’m sure they’re back at the factory now working as hard as they can to rectify whatever those issues are.”

On the positive side, the team managed to bounce-back from its sub-par Thursday with 167 laps on Friday, but like Hamilton, Mercedes Technical Director James Allison admits there is some cause for concern.

“You don’t have to be Hercule Poirot to know that we stopped once or twice, and that clearly is a worry,” he told F1 TV’s Tech Talk. “We’re quite close to Melbourne, and that’s something we’ve definitely got to scoop up and put right.

“We’re fortunate that we’re not having to fight a war on many fronts simultaneously. The vast majority of things are solid and very robust. We’ve just got a couple of areas that we need to put right. The things that have gone wrong are broadly understood, and I’m sure that we’ll move the necessary mountains to make that come right in time for Melbourne.”

Despite their admissions, Mercedes head to Melbourne as commanding favourites to win the 2020 constructor’s championship. In the V6 Hybrid-Turbo era, no team has even touched their success, with six world titles on the trot.