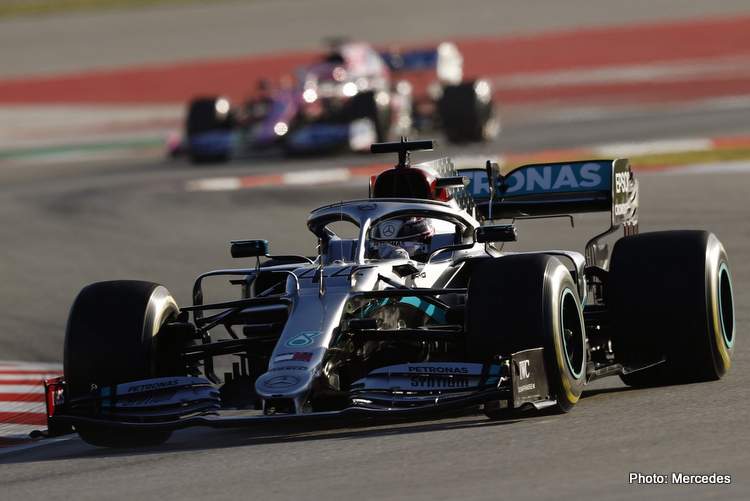 Reigning Formula 1 World Champions Mercedes will head to Australia for the March 15 season-opener as the top team in testing but with rivals Ferrari and Red Bull hinting at hidden pace.

Valtteri Bottas produced the quickest lap from the six days of testing at the Circuit de Catalunya outside Barcelona and also on the final Friday.

“It feels good to wrap up testing at the top of the leaderboard and end two intense weeks for the team with a decent final day on track,” said technical director James Allison.

“The car’s been pretty strong throughout the whole of winter testing and it’s been an exciting period for us exploring its potential.

“We clearly still have some more work to do on the reliability to get us up to the standard that we expect by the start of the season. But if we can do that then I think we’ve got a decent chance of a good showing in Melbourne.”

Mercedes will be chasing their seventh successive title double this season, with Lewis Hamilton also after a seventh drivers’ crown to equal Michael Schumacher’s record.

The Briton said he had total confidence in the team to sort out any lingering issues and was looking forward to going racing again.

Hamilton and Bottas completed 787km between them on Friday, with Hamilton doing 90 laps of the Spanish Grand Prix circuit and Bottas 79.

Red Bull’s Max Verstappen was the second-fastest driver overall, with a 1:16.269 and on the harder C4 tyre compared to Bottas’s C5.

“I definitely feel ready for Melbourne and the last two weeks have been a good preparation. We tried everything we wanted to over the six days which is very important from our side, so I’m happy with that,” said the Dutch driver.

“I’m pretty happy with my running today and finishing top of the timesheets in the morning session was a bonus,” said Ricciardo. “But it’s testing so I’m not getting overly excited about it.”

“That’s probably why some of the times weren’t as fast as they were before, but there was still plenty of running,” he said.

Isola said the performance gap between C5 and C4 tyres was about 0.45 seconds.