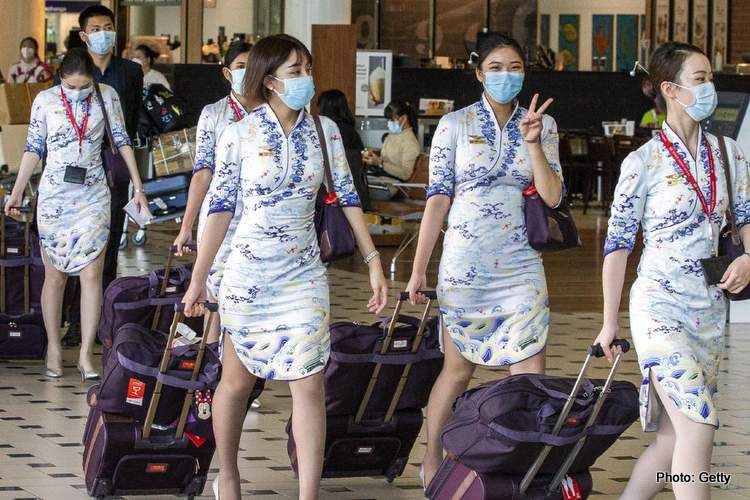 Australia’s health minister on Friday urged the sports-mad country not to fear being infected by the coronavirus when attending major events such as Formula 1’s season-opening Grand Prix in Melbourne next month.

Australia kicked off emergency measures on Thursday to restrain the spread of the disease which has infected about 80,000 people worldwide and killed more than 2,700.

The country has reported 23 cases but there has been no community transmission of the virus.

Although a slew of sports events have been postponed or cancelled across the globe due to safety concerns, Health Minister Greg Hunt said the virus was still contained in Australia.

“The message from today, from the states and territories, was go about your ordinary business,” Hunt told reporters in Melbourne following a briefing with state health officials.

“Go about your ordinary business. Go down to the Chinese restaurant, go out to the football or the Grand Prix or the netball.

“The messaging of this week is because of the global spread, there is a high likelihood that it will come to Australia at some point.

“Our message is that we are prepared for that moment because we are not immune but it is very important to go about your daily business.”

Australian Prime Minister Scott Morrison said on Thursday there was every sign a pandemic was in store, becoming one of the world’s first leaders to acknowledge the threat of the virus spreading beyond global containment efforts.

Australia is currently hosting the Women’s T20 World Cup cricket tournament across the country, with the March 8 final at the Melbourne Cricket Ground having already sold more than 50,000 tickets.

The Chinese Grand Prix scheduled for Shanghai on April 19 was called off this month and there has been media speculation about the chances of Vietnam’s race going ahead earlier in April as the virus spreads globally.

Australian Grand Prix organisers are planning for the race to proceed but said they would have no choice but to fall into line with health authorities if they advised otherwise.

Australian Grand Prix Corporation boss Andrew Westacott told reporters, “It’s much broader than a question for us and F1. We take guidance from the chief medical officers in Australia and ultimately from government.

“Government and health officers will look at things medically and economically and assess risk. Everything we do in motorsport is risk assessment. We will take our guidance and lead from the health authorities and fall into line with their instructions. We have to be open-minded,” added Westacott.

Associate Professor Adam Kamradt-Scott, an authority in health security at the Centre for International Security Studies at the University of Sydney, told The Age, “If it was just Australians attending the event, then it would probably be a negligible or no-risk event

“But the issue we don’t know is how the virus will spread and what will happen in the next couple of weeks. It’s too early to make a judgement call because everything is moving too quickly.

“If the countries where the outbreaks have happened are able to contain them then it probably won’t be too much of a problem, but we don’t know what will happen. But there are ways to hold mass gatherings to minimise risk.

“You could have more room between seats so that people could maintain a distance of one to two metres. You can ensure that there is ready access to hand sanitisers throughout the area. And you can put on additional public transport so that people are not all going to be congregating in small areas,” explained Kamradt-Scott.