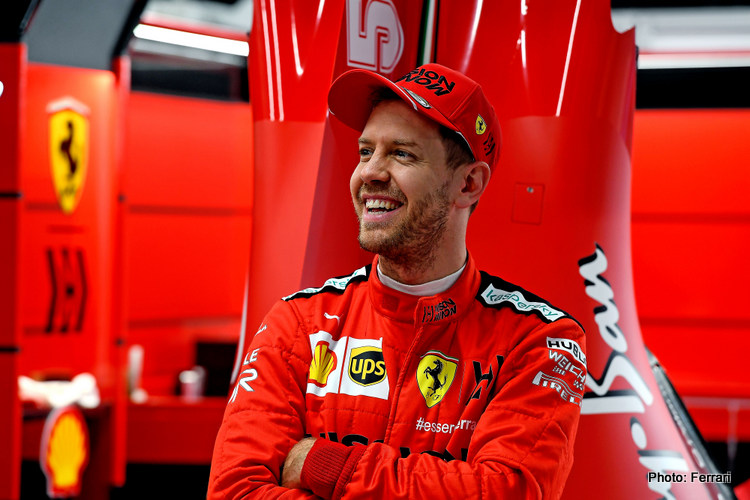 Ferrari have once again defended their preseason performance, with team principal Mattia Binotto stressing that he can’t control the pace of his rivals.

Fastest of all runners on Thursday in Barcelona, Sebastian Vettel’s 1:16.841 was still considerably slower than the week one best of Mercedes’ Valtteri Bottas, a 1:15.732.

Asked by reporters about whether this pace difference was due to sandbagging, Binotto maintained it wasn’t.

“Honestly, I don’t think so. We know what we are doing, we know if we’ve got a margin or not,” the Italian explained.

“If you look at race simulation pace, it’s true that today Hamilton had an issue, but his initial stint – the speed he got was impressive.

“Is that, on our side, sandbagging? No doubt: no.”

Binotto’s stance was further backed-up by Vettel, who indicated the wet and windy conditions on Thursday made his time hard to compare with Bottas’, while also emphasizing that it is normal for a Formula 1 team to hold-back performance during testing.

“I don’t think anybody’s car was really nice to drive so it upset our day,” said Vettel, “but we still tried to get as much out of it. We tried a bit of everything but… normally in testing you don’t show all your hands, normally in testing you do things when nobody’s watching or when people can’t read the laps. It’s the same for everyone,” he said.

“Obviously I’ve been around a long time. I think it does help. I’ve probably been around longer than half of this room, but it helps me not to panic right now.

“The mood I get [in here] is that some of you [journalists] are concerned or worried… I think it’s much simpler than that, there will be one guy at the top in Australia: Hopefully it’s me, hopefully it’s us. We’ll take it from there. The experience helps to keep the focus on the right areas.”