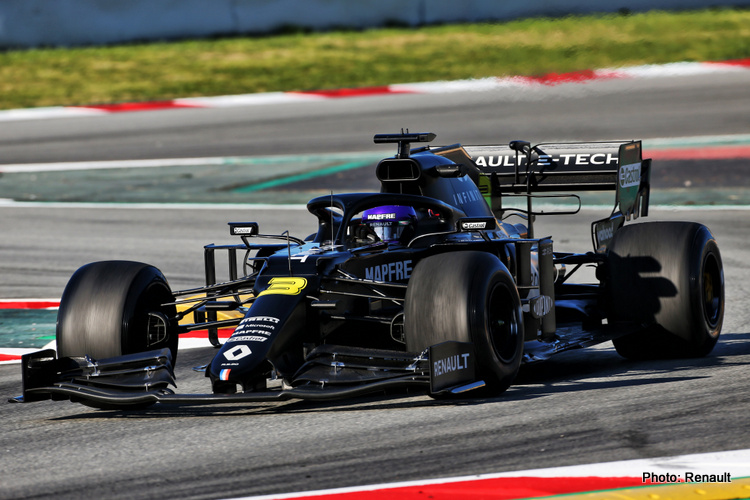 Having played-down expectations all throughout the preseason, Daniel Ricciardo put Renault back in the spotlight with the second-fastest time of testing on Friday morning in Barcelona.

Topping the timesheets with a fastest lap of 1:16.276, Ricciardo’s effort on the C5 tyre was only slower than Valtteri Bottas’ 1:15.732, set last week at the Circuit de Barcelona-Catalunya.

A midfield runner in 2019 who have openly admitted their focus is on 2021, Renault’s performance was an undoubted surprise, but might have been assisted by Ferrari and Mercedes holding something back, even if both also used the C5 tyre.

Indeed, Charles Leclerc was only 0.084 seconds back, while Lewis Hamilton was 0.134s behind the Australian as the two championship contenders prioritised mileage over pace, finishing with 76 and 90 laps respectively.

Behind the top three might have been the most impressive performer of the morning, with Racing Point’s Sergio Perez only 0.382s off the lead despite being one of only two runners on the C3 tyre.

George Russell showed some improved pace for Williams, only 0.051s behind the McLaren, albeit with the lowest lap total of anyone at 43.

AlphaTauri’s Daniil Kvyat was a further 0.043s back in seventh, with eighth-placed Romain Grosjean the last of the runners within a second of Ricciardo, but more importantly completing a healthy 86 laps for Haas.

Kimi Raikkonen’s 1:17.415 was only good enough for ninth, but the Finn made sure Alfa Romeo was comfortably on-top in the speed traps, his 334.5 km/h being 16.7 km/h faster than the next-best speed of Perez.

Bringing up the rear was Alexander Albon, who did his mechanics no favours with the biggest off of the session. Spinning into the gravel at turn 12, his Red Bull required a lengthy examination behind vanity screens afterwards. 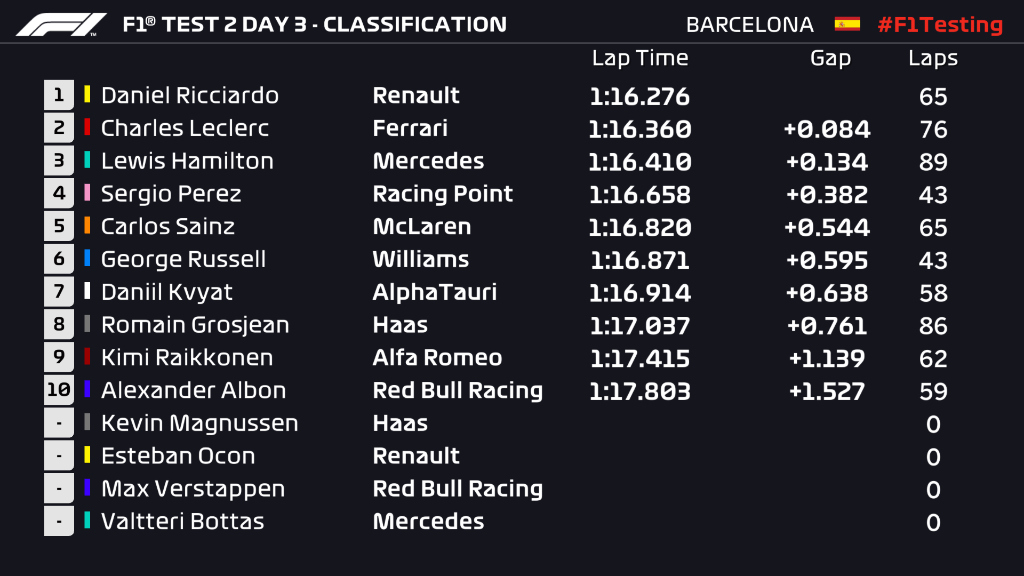 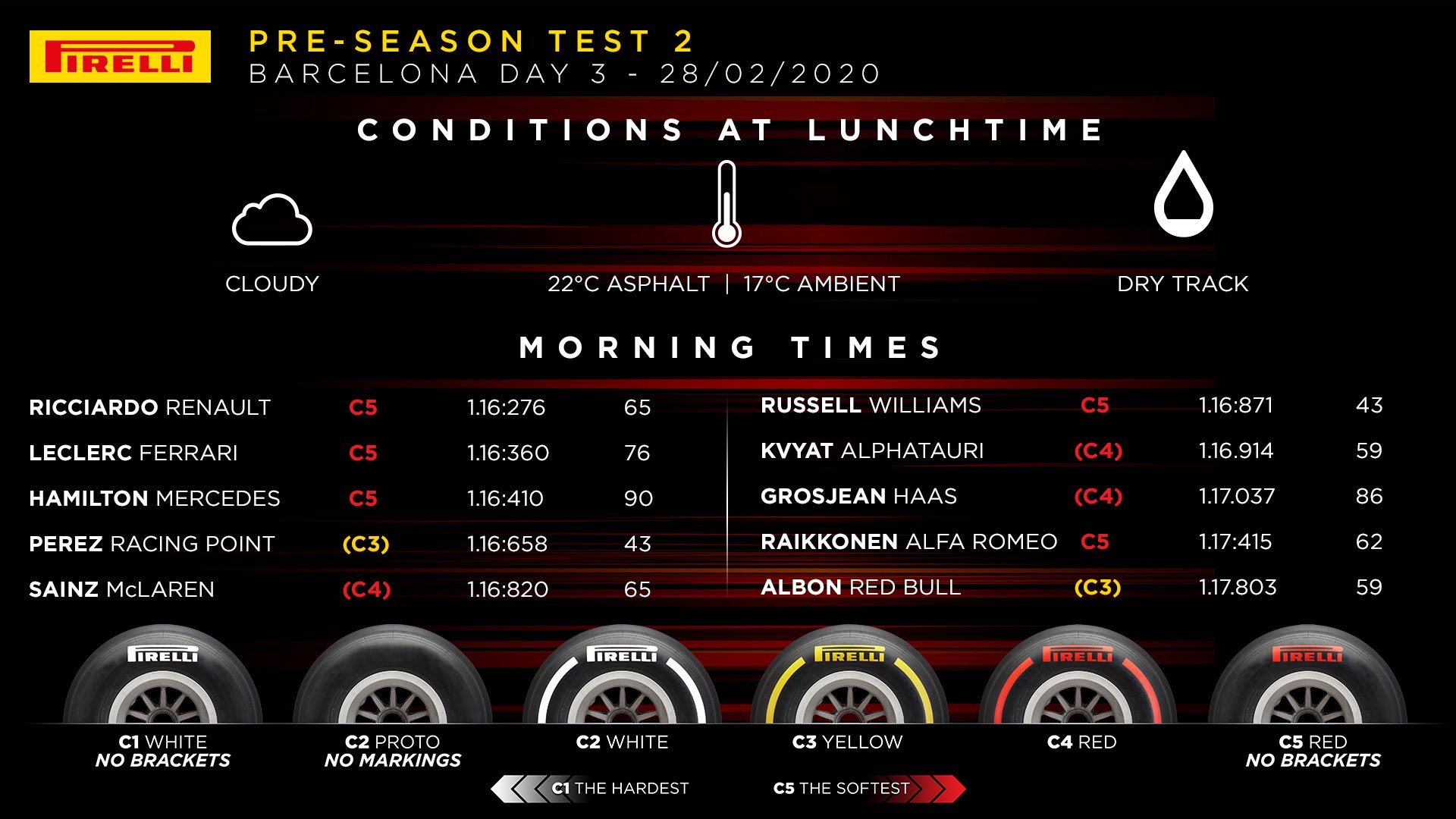