Barcelona Test 2 Day 3: That’s a wrap, but whats going on? 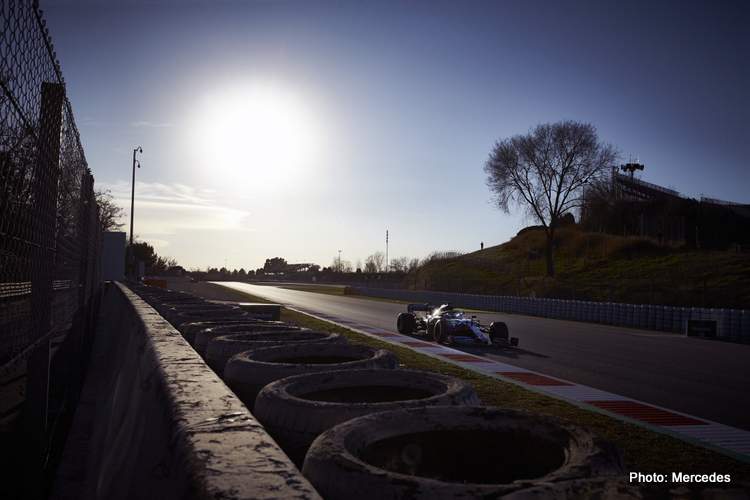 The second stanza of 2020 Formula 1 preseason testing came to an end on Friday, the sixth day of running at Circuit de Barcelona-Catalunya, with Valtteri Bottas topping the timing screens at the end of proceedings.

But the F1 circus departs Spain with many unanswered questions regarding performance and pecking order. No team showed their real hand, the PUs were turned down and sandbagging was the buzzword, especially over the past three days.

Mercedes are strong making no mistake, yes they had issues and binned a couple of engines, they were trying a host of gizmos, including DAS which is proving to be a storm in a tea-cup. Be sure they arrive in Melbourne with a wicked piece of kit.

Bottas’ best time of the day was probably a second or more short of what the W11 can deliver at the Spanish Grand Prix venue, but being top sends a signal of sorts. Bottas’ best effort of 1:16.195 was good for top spot on the timesheets, and was two tenths quicker than teammate Lewis Hamilton down in fifth.

The pair again racking up impressive mileage amid reliability question marks, with 77 of them, fittingly, going to the Finn.

Max Verstappen was second fastest, the Red Bull driver causing a flutter when he popped on the C4 Pirelli, second-fastest tyre and despite a moment on his first attempt, his second effort was good for second place by +0.073 of a second.

With everyone keeping their powder dry, Verstappen was itching to unleash a mega lap and did so by bolt-on fresh rubber but it was only to tease as he duffed his effort and then went off the gas.

Teammate Alex Albon was slowest of all on the day, with 59 laps in the RB16 during the morning shift. The team’s mileage on the day was also below par.

Daniel Ricciardo was smiling again after ending the day third quickest after his 65 laps on track, eight-hundredths shy of the top time, and the highlight of Renault’s test programme which appeared to be late in getting going. Teammate Esteban Ocon was a tenth and a tad slower as the pair racked up 136 laps.

Ferrari will be pleased with Charles Leclerc’s mammoth 178 laps on the day – nearly three grand prix distances – as they never really unleashed their power unit. He was a tenth and a half down on the benchmark time.

The resurgence of Racing Point as a force this season was a big talking point in the paddock, the team have found the sweetspot with the RP10; some predicting that a four-team battle for podium positions may well include the lads in pink suits.

Although Sergio Perez was seventh fastest with impressive race runs and handy hot lap pace to boot. The Mexican is relishing his time in the car and did 153 laps during his full-day shift.

McLaren’s Carlos Sainz was eighth while adding 159 laps to his chart, ending the half a second shy of the fastest Renault powered car.

The feelgood story of the season thus far has to be Williams, the team finally delivering a race car that’s ready and then getting the most out of it. George Russell was ninth fastest, only six tenths down on Bottas which was never the case in the past two seasons in any session. Plus he did 143 laps which differs vastly from the shambles they had going last year around this time.

After spending most of testing at the sharp end of proceedings, AlphaTauri.s Daniil Kvyat has a subdued day which did not include hot laps. The Russian completed 157 laps on his way to the tenth best time.

Haas drivers Romain Grosjean and Kevin Magnussen had seat time today in the VF20, with the Frenchman ending 11th and his teammate 13th. They were split on the timing screens by Alfa Romeo’s Kimi Raikkonen – the Ferrari-powered trio separated by four-tenths.

And those neck muscles will get a well-earned rest 😑 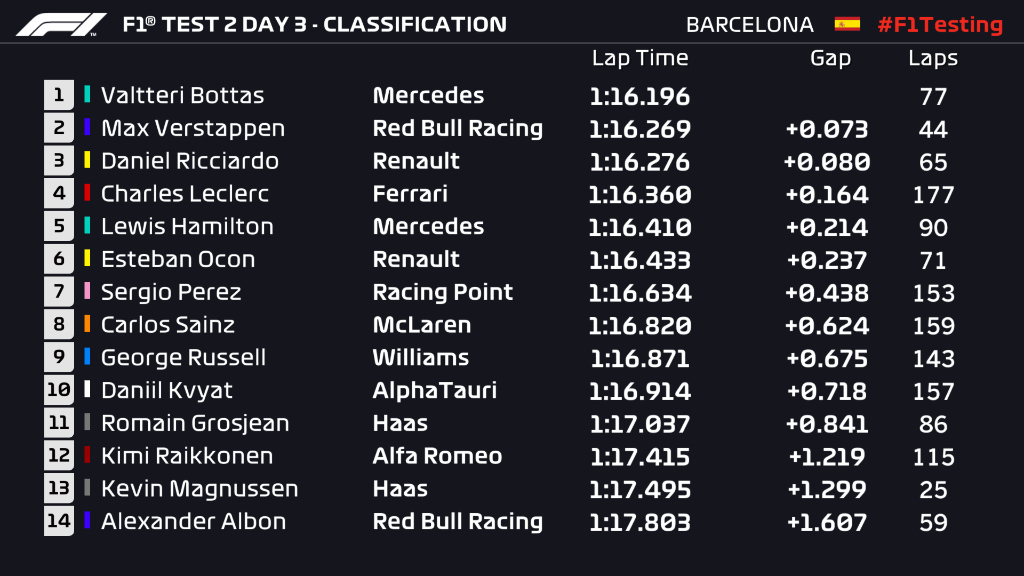 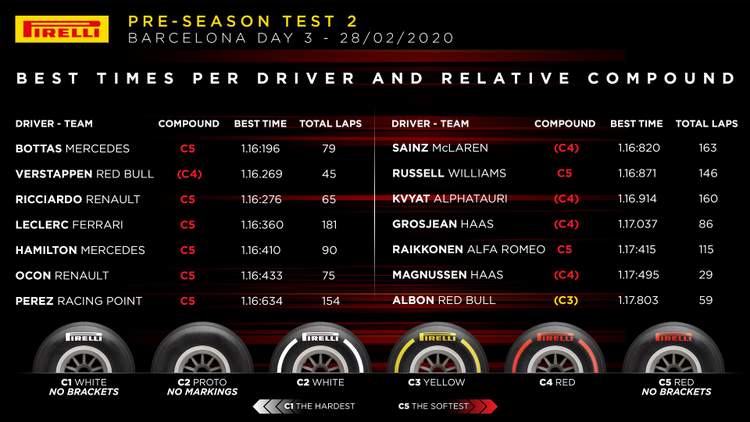