Leclerc: We have achieved our goal for testing 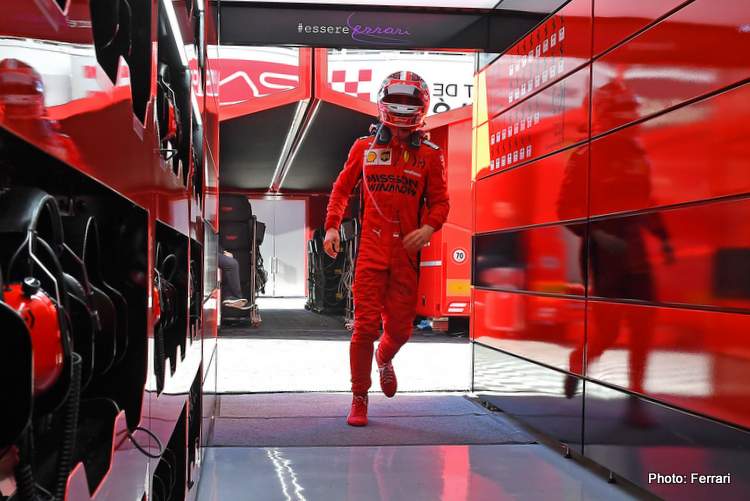 Ferrari’s Charles Leclerc has issued a vote of confidence to the team’s 2020 Formula 1 car, the SF1000, suggesting it is performing much better than its predecessor in the corners.

Last year’s Ferrari SF90 was much-maligned for its lack of performance in slower corners, particularly after last year’s Spanish Grand Prix where the car lost four-tenths of a second to rivals Mercedes in the final sector at the Circuit de Barcelona-Catalunya.

However after Wednesday’s testing at the very same track, Leclerc is confident that deficit has been narrowed.

“Sector three is the most technical one, where there are the most corners, and on that, I’m pretty sure… we have improved and I can go quicker through the corners,” he told formula1.com.

“I think the biggest strength is the speed around the corners. I think on that, we have achieved our goal. Then we need to wait and see for the overall performance of the car, but… we are going around the corners quicker than we did last year, so that’s positive. But we need to keep working on this car to unlock a bit more performance.”

Even with the Sf1000 yet to exhibit any significant one-lap pace, Leclerc is optimistic the package is starting to come together.

“I think for every car, there is a target balance,” he acknowledged. “A balance that you target for qualifying and for the race to extract the maximum out of the car. For now, we’ve tried different options today, I think I’ve started to have an idea of which balance we need to target to be the quickest on track. We’ll have to finalise that for the last day, which will be very important for the qualifying and the race in Melbourne.”

As to speculation that Ferrari has been struggling so far in testing, the Monegasque could only laugh in response.

“No, no, no, definitely not,” he said. “We are focusing on ourselves, trying to work as much as possible without listening too much to the outside world… I can’t speak for the others, but I’m pretty sure the top three teams haven’t shown their true potential yet.”