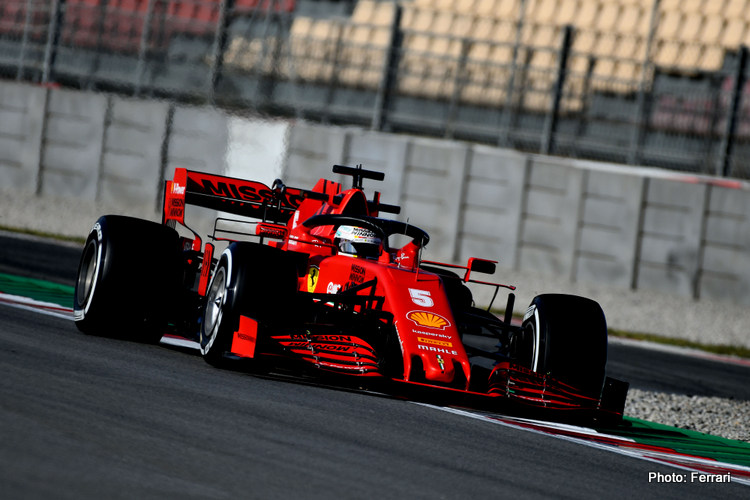 After four days of testing without any meaningful pace, Ferrari finally flexed its muscles with Sebastian Vettel recording the fastest time on Thursday morning at the Circuit de Catalunya-Barcelona.

Having publicly announced they were adopting a different approach to testing this year than the one that saw them post impressive times throughout the 2019 edition, Vettel’s lap is the first indication of Ferrari’s real pace this season, and should go some way to assuage the concerns of outside observers.

Additionally, Vettel’s 49 laps were a session-best with on-track running limited by slippery conditions from overnight rain. However, that rain also saw Vettel one of four drivers to make a notable off-track excursion.

The trio of Vettel, Max Verstappen and Antonio Giovinazzi all brought-out caused red flag periods in the session, with the latter’s causing significant damage to his rear wing. Valtteri Bottas also spun into the gravel, but managed to get himself out of it.

Meanwhile on the time sheets, Racing Point was second-fastest, the pink Mercedes once again delivered impressive pace in finishing just 0.277 seconds behind Vettel, albeit with only 30 laps to his name.

Nicholas Latifi was a surprise third with a 1:17.313, his 43 laps particularly valuable after Williams was plagued by reliability issues on Wednesday.

Lando Norris and the aforementioned Verstappen were fourth and fifth respectively, the latter somewhat disappointing with only 31 laps in the session.

Bottas was sixth, 1.144s behind the leader, albeit with the second-best lap count of the session with 47.

Esteban Ocon and Kevin Magnussen were the last of the competitive runners in seventh and eight, the latter 1.384s off the pace.

Giovinazzi only managed 16 laps due to his shunt, while AlphaTauri’s Pierre Gasly took things easy with 35 laps and a best time of only 1:22.566. 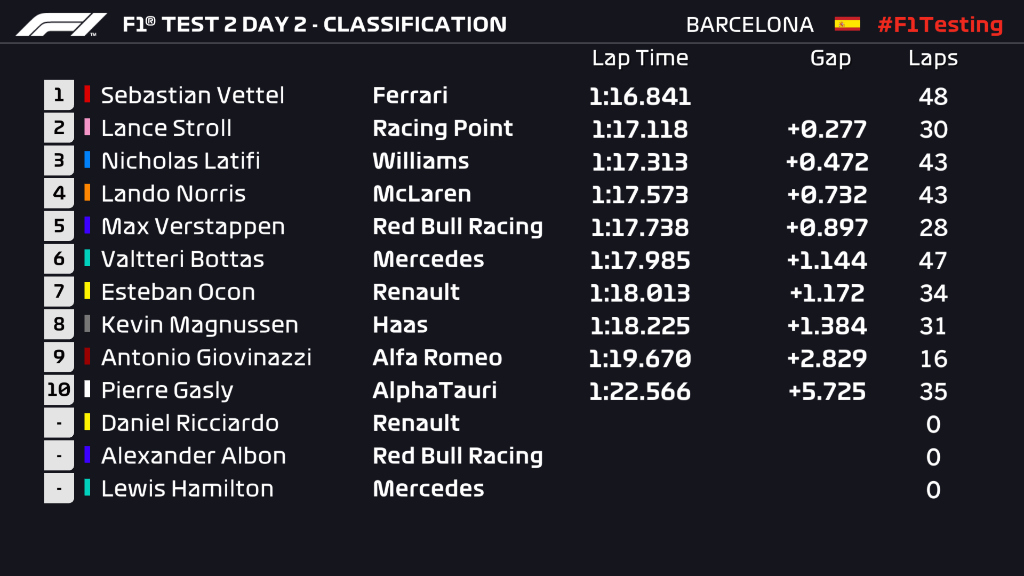 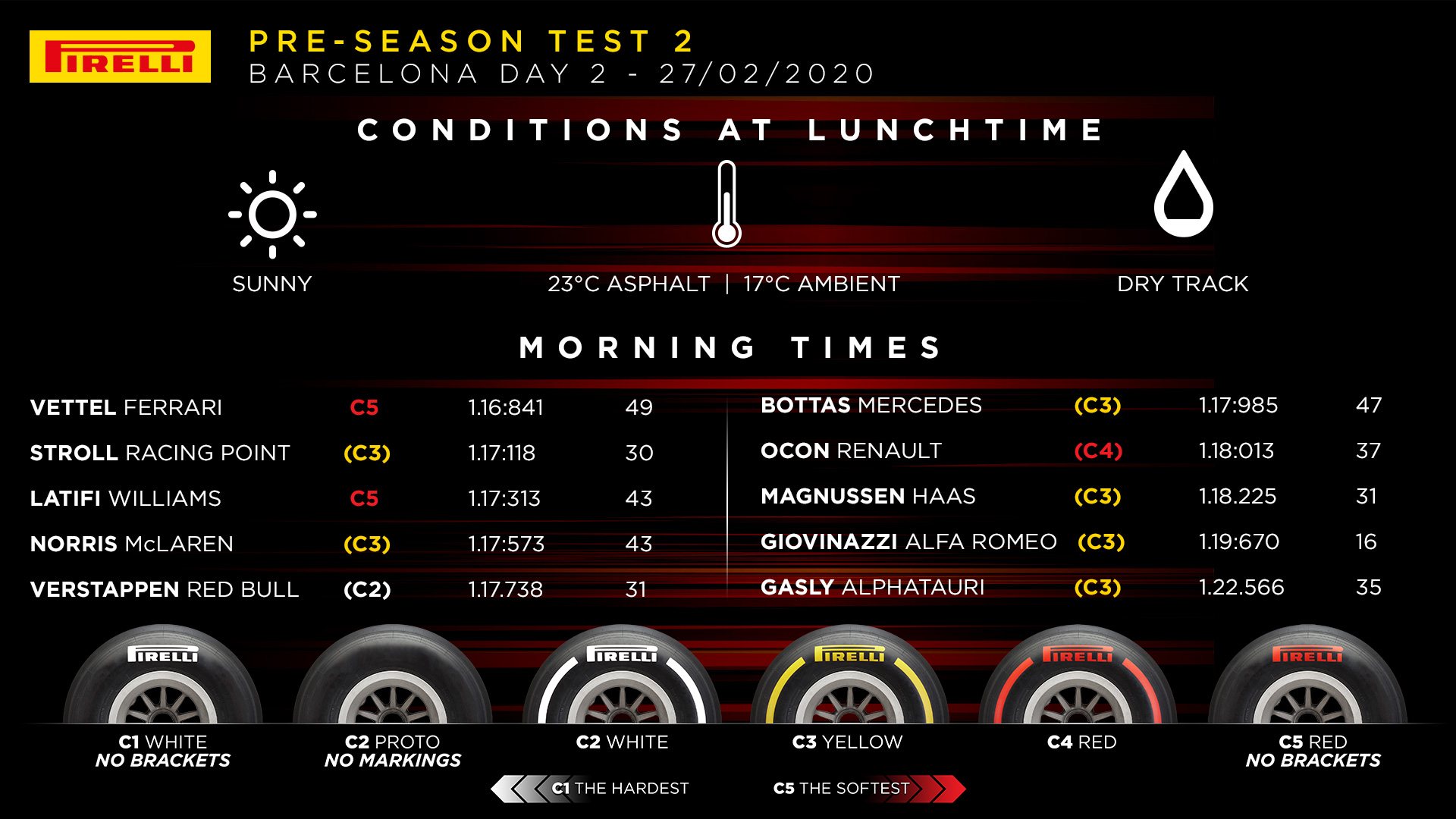