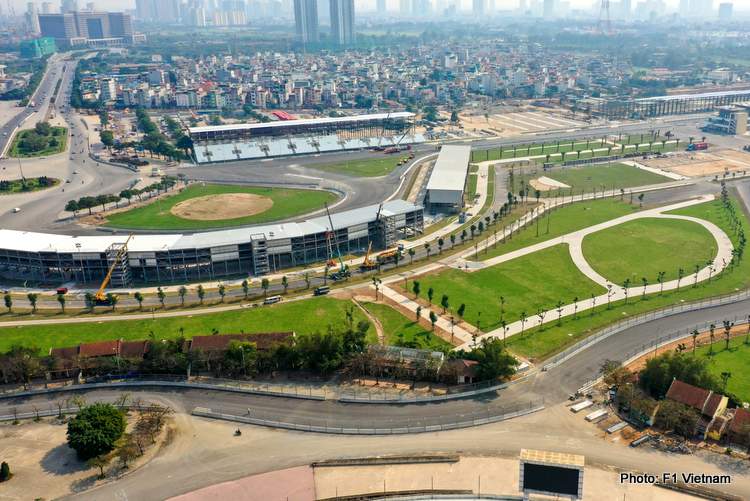 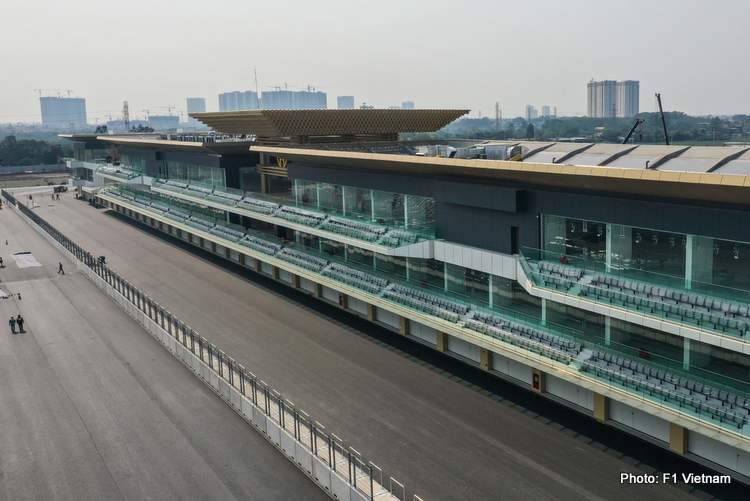 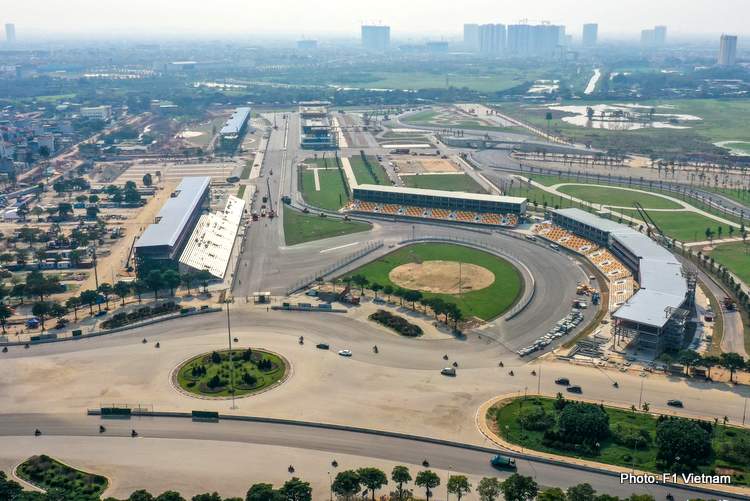 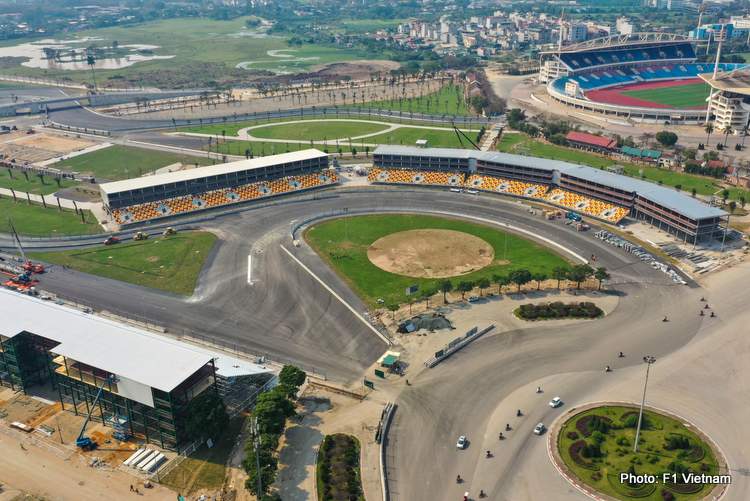 The Vietnam Grand Prix venue is ready for their debut weekend on the Formula 1 World Championship calendar, the organisers have issued a press release confirming the completion of the track in Hanoi ahead of the race weekend starting on 3 April.

Set to become one of the most challenging and exciting circuits in the sport, the Hanoi Circuit will stage the third round of the 2020 FIA Formula 1 World Championship on the weekend of April 3rd- 5th, the first time that F1 will race in Vietnam.

The remaining 150m long stretch of track was laid last week along the start/finish line to complete the 23-Turn Hanoi Circuit which features a unique hybrid design that fuses a street circuit’s characteristics with a permanent track layout and is the first of its kind to be developed in partnership by Tilke Engineers and F1’s own Motorsports Division.

This marks the final coating of the asphalt layer of the newly constructed track and signals a vital stage in the development of the Hanoi Circuit – the first ever F1 track in Vietnam. Indeed, the original surface sample had already been sent to laboratories in Singapore and Germany to undergo thorough testing to ensure it met all FIA requirements prior to the start of the track laying process, signifying the high level of technical requirements that need to be met when constructing a new Formula 1 circuit.

All materials were 100 percent locally sourced in Vietnam, with the circuit engineers scouring the country from North to South to find the best quality material which involved multiple testing at different mines located across Vietnam.

Ultimately, the stones that now make up the final layer of the Hanoi Circuit were gathered from the Quang Ninh province and went through a complex process before arriving at the circuit for the layering process. The mixing station itself was purposely built to produce the best quality asphalt, as only the highest standard will pass the required FIA Grade 1.

This level of asphalt requires the right mix of friction and smoothness to make sure that when the cars reach 335km/h speeding down the Hanoi Circuit back straight next April, it won’t cause stones to shoot up from the surface.

Today’s milestone follows on from the recent completion of the Hanoi Circuit’s stunning, 300m-long Pit Building, whose spectacular design has been inspired by Hanoi’s famous Imperial Citadel of Thang Long as well as the Pavilion of the Constellation of Literature – the symbol of Hanoi – representing this proud nation’s long history and strong cultural legacy.

With the permanent constructions now in place, the promoter is currently focusing on the temporary structures around the circuit, including the Grandstands – each named after iconic Vietnamese cities and locations – dotted along the circuit’s key points, as well as the media & medical centres, team hospitality tents, commentary booths and safety barriers.

Ms. Le Ngoc Chi, CEO of the Vietnam Grand Prix Corporation, was thrilled to announce the track’s completion: “This is a major milestone for us to celebrate as we come closer to staging Vietnam’s first ever Formula 1 race weekend in just over a month’s time. We are beyond excited to witness the extraordinary sight of Formula 1 cars racing on this incredible circuit. It will be a moment of great pride for the whole team here at VGPC and a fitting tribute to the hard work that has gone in to ensuring the newest track in F1 is ready on time. With the help of everyone at Tilke and F1’s Motorsport Division, we feel confident in saying that this track will be one of the most challenging and exciting on the F1 calendar and we look forward to it quickly becoming a fan favorite. With grandstands and all remaining temporary structures also going up around the track, the excitement in and around Hanoi for the Formula 1 VinFast Vietnam Grand Prix 2020 is continuing to grow. We are ready and can’t wait to welcome the world to Hanoi very soon.”

Taking place from 3rd to 5th April 2020, the inaugural Formula 1 race in Vietnam will see the pinnacle of motorsport debut in the South East Asian country for the third round of the 2020 FIA Formula 1 World Championship and is sure to pose a stern examination of the drivers’ strength and skills, whilst providing fans with a weekend of non-stop, adrenaline-fuelled racing action.

In addition to the F1 racing itself, all ticket holders will also be able to enjoy watching the two support series – the Porsche Carrera Cup Asia and the Thailand Super Series – battle it out on-track, as well as participate in and witness the many entertainment activities, food festivals and live music, including a spectacular Saturday Night concert in association with Heineken – the Official Beer of the Formula 1 VinFast Vietnam Grand Prix 2020 – that will be taking place across the circuit and F1 Fanzone all weekend.

Tickets for the Formula 1 VinFast Vietnam Grand Prix 2020 are on sale now.

Formula 1 is the pinnacle of motorsport and the world’s most prestigious racing competition, as well as the world’s most popular annual racing series. April 2020 will be the first time this race is held in Vietnam.

For more information on how to book your tickets, as well as for the list of official resellers, please go to: www.f1vietnamgp.com.