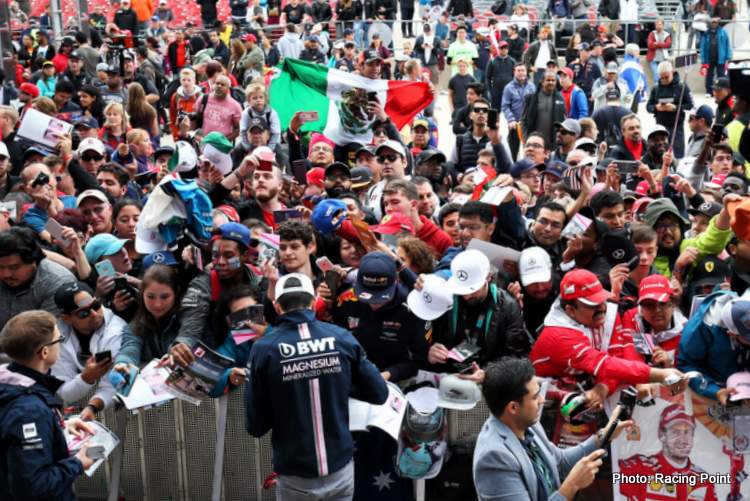 Formula 1 owners Liberty Media have reported encouraging figure for the sport as reported in the fourth quarter and year-end 2019 results, a period in which the sport grew on several fronts.

The Corporation reported the following attributed to Formula One Group (FWONA):

Chase Carey, Formula 1 Chairman and CEO added: “Formula 1 continues to benefit from the investments made in the business over the past few years. We see this in the strong financial results, viewership, attendance and engagement. 2020 marks the 70th anniversary of the sport, which will provide further momentum.

“We are excited to welcome two new Grands Prix to the calendar in Vietnam and the Netherlands and look forward to the debut of the second season of the Netflix series ‘Formula 1: Drive to Survive’ on February 28th.”

The financial report revealed that the primary F1 revenue is derived from race promotion fees, broadcasting fees and advertising and sponsorship fees. For the year ended December 31, 2019, these revenue streams comprised 30%, 38% and 15%, respectively, of total F1 revenue.

The fourth-quarter decline in race promotion revenue was primarily due to the renewal terms of one contract, and the full-year decline was driven by the impact of renewal terms of two contracts and weaker prevailing foreign exchange rates.

Other F1 revenue increased in the fourth quarter and full-year 2019 driven by increases in digital media revenue, higher Paddock Club attendance, increased revenue from other event-based activities and higher sales of equipment, parts and maintenance to F2 and F3 teams.

Other costs of F1 revenue increased in the fourth quarter and full year due to various technical initiatives, the continued further development and delivery of digital and social media products and platforms, increased costs related to the sale of equipment, parts, maintenance and other services provided to F2 and F3 teams and higher FIA fees.

F1’s total net debt to covenant OIBDA ratio, as defined in F1’s credit facilities for covenant calculations, was approximately 5.1x as of December 31, 2019, as compared to a maximum allowable leverage ratio of 8.25x.

The businesses and assets attributed to the Formula One Group consist of Liberty Media’s subsidiary F1, its interest in Live Nation, minority equity investments and intergroup interests in the Braves Group and Liberty SiriusXM Group.