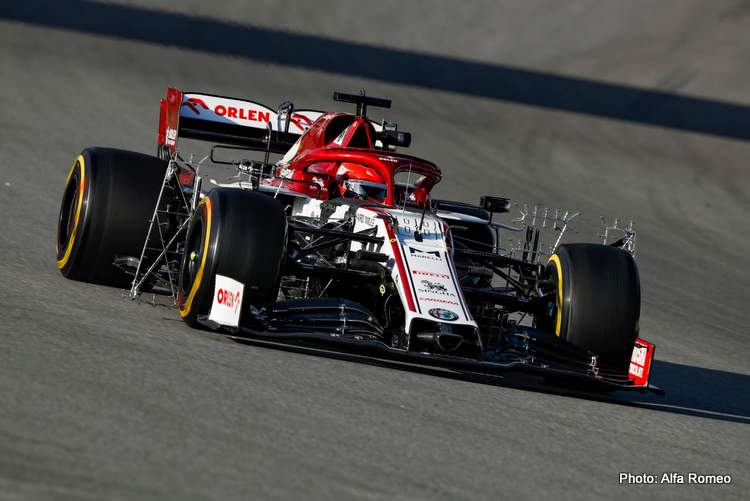 Robert Kubica ended the first day of the second stanza of Formula 1 pre-season testing at Circuit de Barcelona-Catalunya on Wednesday.

The Pole’s best effort of 1:16.942 in the Alfa Romeo was four-tenths quicker than anyone on the day, completing 53-laps in his role as the team’s reserve this season. Kimi Raikkonen took over the cockpit in the afternoon, but his program kept him down in 18th on the timesheets. The pair combined to accumulate 104 laps on the day.

Max Verstappen was second quickest in the Red Bull with 83 laps to his credit with Red Bull teammate Alex Albon sixth on the timing screens with 29 laps before as problem late in the morning curtailed his running.

Sergio Perez continues to enjoy a fine run, with the third-best time in what appears a vastly improved Racing Point with teammate Lance Stroll who ended his stint in eighth – 127 laps added to the RP20.

AlphaTauri drivers Daniil Kvyat and Pierre Gasly were fourth and fifth respectively as the Honda brigade hogged four of the six top spots come the end of the day. There might be a message in there.

The F1 World Champions were relatively subdued in terms of outright pace but put in some serious mileage with Lewis Hamilton seventh fastest and Valtteri Bottas ninth, the duo adding 179 laps to the increasingly ominous W11 of theirs.

Sebastian Vettel and Charles Leclerc shared duty in the Ferrari SF1000, the German ending his stint tenth and his teammate 13th as they added 164 laps to their car.

News filtering through the paddock is that Renault are running a B-spec of last year’s car. The French outfit’s 2020 programme apparently delayed after the car failed the FIA crash test which has sput them on the back foot. However, 2020 parts such as the nose and other bits have been bolted on as the team play catch-up.

Daniel Ricciardo was 11th fastest and quickest of the Renault brigade, fractionally faster than Mclaren’s Carlos Sainz in 12th. Their teammates Esteban Ocon and Lando Norris were 17th and 19th.

Williams were again in better shape than they were at this time last year, with Nicholas Latiffi 14th and George Russell 15th. They completed 106 laps.

Romain Grosjean was the only Haas driver in action, covering 107 laps during the course of the day. He was 16th. 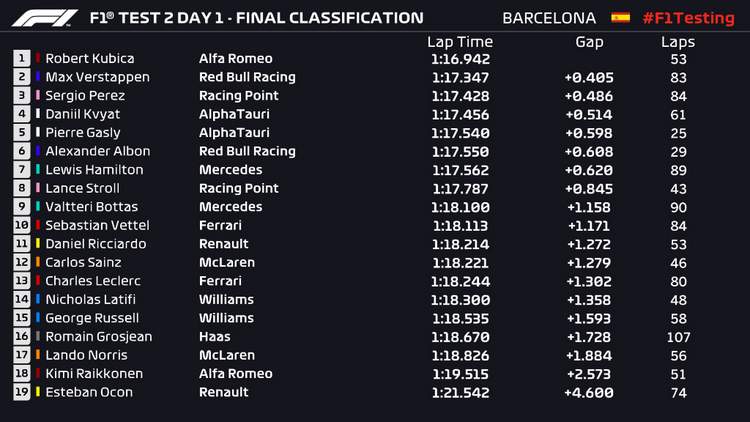 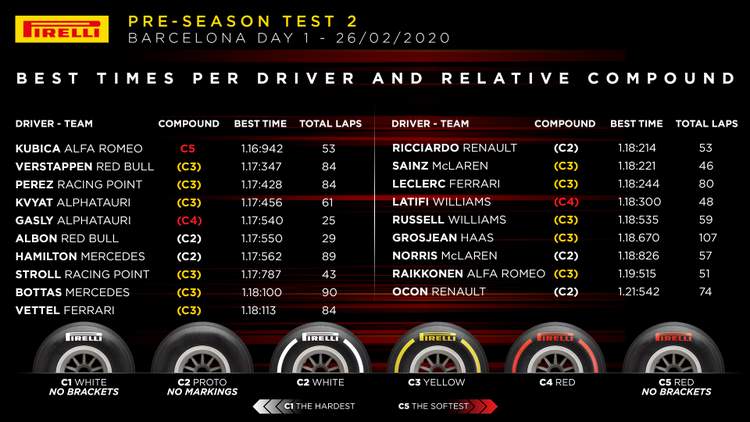