Alonso: DAS is a message from Mercedes to their rivals 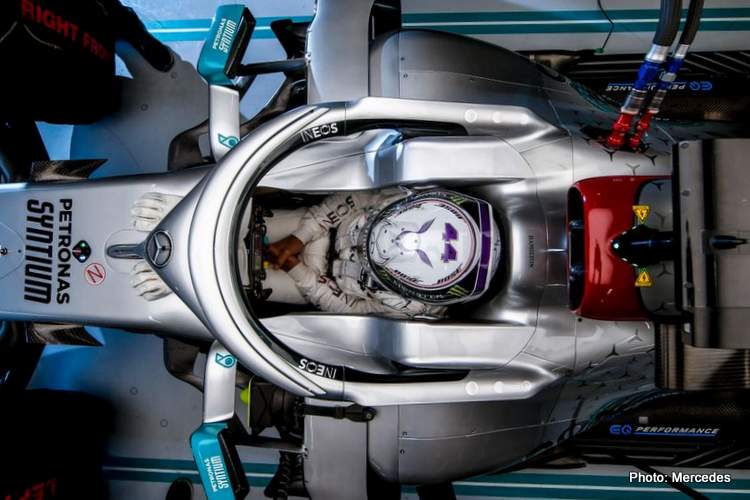 Fernando Alonso interprets the headline-grabbing DAS system revealed by Mercedes during the first Formula 1 preseason test at Circuit de Barcelona-Catalunya last week, as a signal that the World Champions never rest on their laurels.

The innovation caused a huge buzz in the F1 world, but many in the paddock saw it as a smokescreen. The reckoning is that Mercedes probably have a truckload of trick bits they developed over the past seven seasons that they are bolting on, for a last evaluation, before these cars become irrelevant with the advent of the new F1 rules for 2021.

Mercedes technical chief James Allison even hinted that a myriad of gizmos are being tested on the W11, “Perhaps one of the things that’s not greatly appreciated is that each of the new cars we bring to the track are just festooned with innovation.

“It’s just they’re not always as obvious to you as a discrete, standalone system like this where you can see it with your own eyes. So this is fun. But it’s only the tip of an iceberg of similar stuff that’s written across the car.

“I’m just pleased we got it on the car, it seems to be use-able and we’ll find out over the coming days how much benefit it brings us,” he added.

Nevertheless, rival engineers are “wide-eyed” as they contemplate what they are missing out on, if anything, while double F1 World Champion Fernando Alonso sees a bigger picture.

The great Spaniard told Sky F1, “Only they know for sure what it is doing to the car and what are the benefits that they are taking from that. But I guess that it’s not a big, big factor. It’s not like the DRS or the F-duct or something that gives you half a second or six tenths or four-tenths.

“I think it’s just a fine-tuning set-up [device]. It’s more the potential and the demonstration that they give to everyone that they keep on top of the game and they don’t relax, even if they are world champions. That’s probably the biggest message that they send with this DAS system.”

As for his former teammate Lewis Hamilton, Alonso was asked if the Briton would take his seventh F1 title come the end of this season, he replied, “I think so. Looking at the test it seems that Mercedes is still quite competitive and they show again enormous potential on the development side and on the progress from one year to the next.

“Formula 1 is impossible to predict because many things happen in the season but as a starting point, I think they are the favourites. When you have Lewis in the car and Mercedes with the potential that they have they have to be number one favourite,” reckons the man who ended the reign of the legendary Michael Schumacher.