Red Mist: Ferrari is too Italian 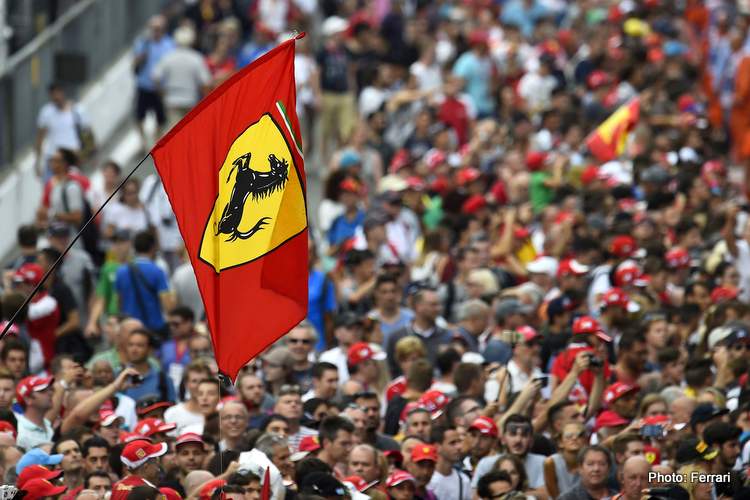 Let me tell you a story. Moons ago, yours truly finally had a girlfriend and not too long anon, Carol was to become my fiancé. As it is with us Italians, that called for a proper party. And properly party we certainly can.

So everyone arrived that Sunday lunchtime, my dad poured the vino, the old lady rolled out the antipasti and the tempo escalated dramatically once a ring had been slipped onto a finger.

It is normal at mealtime for everyone to shout over each other while devouring anything placed before them and with a full house that happy afternoon, the chaos amplified even sharper through the courses. Add more wine, primi piatti, much more wine, then the gelato before the espresso and prerequisite grappa, the cigars, Amaretto and all those glorious things.

Until that day, I had imagined that it was quite normal for such a gran casino to escalate through the afternoon and into the evening.

So imagine my surprise when I realised that my darling Carol and her wonderful but considerably milder-mannered Anglo-Saxon clan was totally mesmerised by the goings-on of that decidedly wild and Italian day. They sat wide-eyed and flabbergasted by behaviour they’d never in their lives witnessed before, while I figured out that not everyone is quite au-fait with average, passionate Italian behaviour!

Carol is one of us now and the rest of the family loves it too — being exposed to the passion for over a quarter-century has also gotten to them, I suppose. I’ve had to curb a few habits mind you — to fit in, you know? Look, I won’t change my heritage for anything — it is good being Italian and we love it, but occasionally it has its challenges too — few as they may be.

Which got me thinking about what old Bernie Ecclestone had to say about Ferrari year or three back: “There are too many Italians working at Ferrari,” he suggested.

He was dead right too. Now Bernie may not be everyone’s cuppa tea, but he still is Formula 1 and Formula 1 still his him, no matter what any new management board may think. And Ecclestone is mostly right.

Talking to German media around some Vettel concerns at Maranello back in ’17, Ecclestone made no bones that Ferrari was no longer as effective a team as it had been at its dominant Superteam best: “Ferrari has fallen back to the times before Schumacher and Todt.

“There are too many Italians working there — nothing against Italy, but it is not in their DNA to successfully lead a team,” he explained.

Not only am I convinced that Bernie’s 2017 suggestions are quite correct, but Ferrari has since become even more Italian at a rate inversely proportional to how the team has slipped from its halcyon heights when multinational management once led the Italian Superteam into the new millennium.

From my natural experience in the field of Italian emotion, I know Bernie had very valid a point. Three years down the line and Ferrari is now even more Italian, even though history suggests that a little foreign influence made for a more successful team. Let’s see how it pans out…