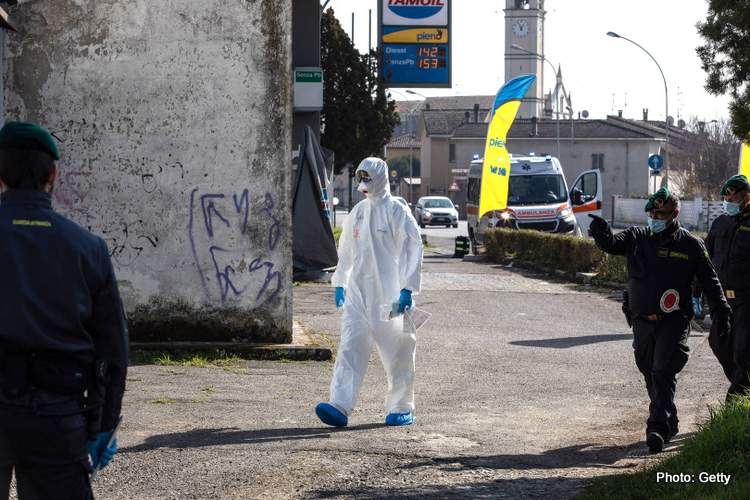 Following the postponement of the Chinese Grand Prix, the Covid-19 outbreak, better known as the coronavirus, could shake up the 2020 Formula 1 season further still in the wake of mounting concerns in northern Italy.

Over the weekend, Italy has been the latest European country to see its number of coronavirus cases grow exponentially with the figures currently sitting at over 320 individuals infected and 10 fatalities while cases and deaths globally have surpassed 80,000 and 2,700 respectively. With every passing day, it becomes more evident that the outbreak is a global pandemic in every aspect but name.

Italy’s outbreak, although a ‘patient zero’ has not been determined, has seen much of the north placed in lockdown. According to The Guardian, eleven towns across the Lombardy region, which encompasses Milan and Monza, has been put into a fifteen-day quarantine. Despite the 50,000 residents all being advised to avoid social contact and stay at home, the warnings have instead led to chaos at supermarkets as the populace stockpile food and water.

Italy is regarded by many to be the spiritual home of motorsport however it is also most notably the home of both Ferrari and AlphaTauri and, of course, the Italian Grand Prix.

Ferrari has already taken precautionary measures which include the closure of both Maranello and Modena museums following the advice of local authorities. The outfit has also gone further as to forbid employees who have visited or live in affected regions of Lombardy, Veneto and Emilia-Romagna.

We also understand other activities ruled as ‘unnecessary’ have been cancelled; this includes factory tours and other business trips to reduce the risks of potential exposure. The team are also considering working remotely and reducing the number of personnel sent to races.

Teams have vast numbers of employees at their respective headquarters working behind the scenes on strategy and monitoring each car. The move would be similar to McLaren who have previously told employees who had recently visited China to not enter facilities or travel to Barcelona to attend the pre-season test.

AlphaTauri and Ferrari are both based in the Emilia-Romagna region which borders Lombardy and Veneto so we can expect similar measures to be taken by both teams as precautionary measures however there is yet to be any word on the matter from AlphaTauri.

Italy also gives us the Pirelli brand who, since 2011, is the sole tyre provider to all F1 teams. As like much of the Italian economy’s breadwinners, the brand is located in Lombardy’s Milan. The city of 1.35 million has itself been largely hit by the state of mass hysteria as described by a resident I have spoken to:

“I’ve seen lots of people panicking and buying goods. There’s almost nothing left here in Milan, all the food shops are empty and there’s lots of people waiting for shops to open. This morning at 7:20am I went to a shop that opened at 7:30am and there were around 30 people in front of me all wearing masks, waiting for the store to open.

“The local governments have taken some serious measures to limit the [movement of people]. All the schools have been closed until March 1st at least, the same is true for public places like bars, stadiums and the like.

“Milan doesn’t have many cases right now. There are around 240 cases in Lombardy but they’re mainly in Lodi, that’s around 30km away from Milan, but almost every infected person has been transported to hospitals in Milan because they’re the most efficient.”

In 2015, Pirelli shareholders accepted a €7.1 billion offer for 45.5% of the firm, a controlling stake, from ChemChina – the state-owned agrochemical producers. Since the takeover, ChemChina has installed many Chinese businesspersons in directors roles as well as Ning Gaoning as chairman. The epicentre of the global coronavirus outbreak is the Wuhan district in Hubei, China although it’s best to steer clear of the “tinfoil hat zone” and focus on the facts as opposed to speculation.

As the sole tyre provider for the sport, Pirelli has to manufacture the copious amounts of tyres used in an F1 season somewhere… This somewhere is Turkey. More precisely, Pirelli’s high-tech tyre facility can be found in Izmit where they exclusively make Grand Prix rubber but research and development is carried out further back in Milan. In the past couple of days, Turkey closed its borders with Iran, a country experiencing it’s own outbreak which yet again highlights the scope and scale of the global battle against Covid-19.

F1 is a highly logistics orientated sport, not only due to the global travel involved but the number of organisations and brands that play their own part in keeping the show on the world. With coronavirus already having played havoc in China and leading to the postponement of the Chinese GP, the focus now, for F1 at least, shifts to Europe and Italy.

It is now the responsibility of the likes of Ferrari, AlphaTauri and Pirelli to overlook their own operations with care and monitor personnel movement closer than ever under the watchful eye of F1 but all while global leaders take action.

As a global sport and entertainment provider, F1 must keep the safety of all staff and fans the number one priority in these times of chaos and unrest with the reputation of the sport on the line and in the spotlight.

Ferrari will be testing this week at Barcelona, starting tomorrow and for the next three days with Seabstian Vettel and Charles Leclerc on duty.

The team tweeted ahead of proceedings: