Bottas: Contract talks to be smoother than last year 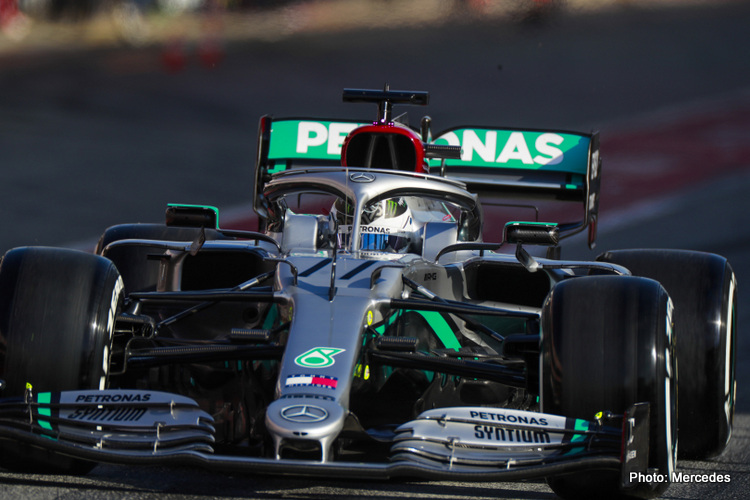 Valtteri Bottas has asked employers Mercedes to avoid the sort of drawn-out contract negotiations that affected his season last year.

In 2019, the Finn’s future was a constant subject of speculation until finally signing a one-year extension in late August. This year, Bottas expects to have his future sorted much earlier.

“For sure I learned things and the team also said they learned about how we handled [the previous negotiations]. It was a bit too much unnecessary talk outside the team. Everything should have just been kept internal,” the Finn told reporters last week in Barcelona.

“I’m sure it can be done a bit smoother and with less things happening around [it] – less headlines.

“Everything should have just been kept internal. I think it makes things easier. And for sure we learnt that earlier than when the decisions were made last year was better. If you have to drag it on for August, September, it kind of builds up and becomes more of a distraction.”

Since signing with Mercedes as Nico Rosberg’s replacement in 2017, Bottas’ future has often been perceived to be under threat due to his inability to seriously challenge teammate Lewis Hamilton. Last year, Esteban Ocon (now at Renault) was in contention for his seat, while Williams driver (and Mercedes junior) George Russell has also been tipped to replace him in the future.

On Bottas’ part, he has come to accept that this means long-term job security will continue to evade him.

“It’s no secret that my contract ends at the end of this season,” he admitted. “For sure, if you know [your future] for many years ahead and obviously if you’re comfortable in the team, it’s only a win-win situation. If the team wants you long-term, if the driver is happy to be there, you know what’s happening in the future, so you can concentrate on the work and on the future… There’s no need for the team to hide anything from the driver.

“So it’s always a good thing if it’s long-term, I believe, but it doesn’t always happen in Formula 1, as I’ve seen. It’s a political sport and there’s many drivers wanting to get seats, and many teams want to keep options open for different reasons, and that’s how it goes.”