Button: Leclerc must fight for the championship 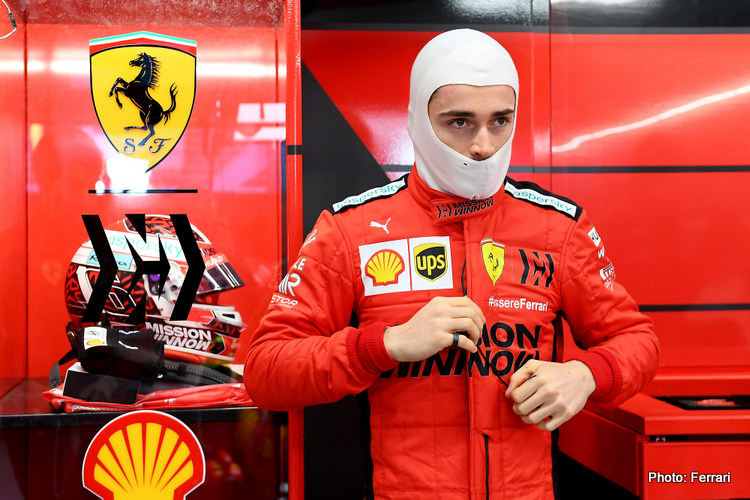 Ferrari’s Charles Leclerc must step-up to the plate and challenge Lewis Hamilton for the 2020 Formula 1 driver’s championship, according to former champion Jenson Button.

Button, who won the 2009 championship with Brawn, believes the 22-year-old Leclerc must aim higher in his second year with the Scuderia than just beating teammate Sebastian Vettel.

“Charles has gone through that honeymoon period at Ferrari and now it is about knuckling down and this year has got to be the year he fights for the championship,’ Button told the Daily Mail.

Leclerc, who took seven poles and two victories while outscoring Vettel 264 points to 240, was the breakout star of 2019, going from from the Scuderia’s number two driver to equal status by season’s end.

However, 2020 has seen Ferrari endure a rocky start, with the new SF1000 struggling to match the front-runners in the first week of testing. Nevertheless, Button is remaining optimistic.

“I really think they will pull it together and take it to Mercedes,” he said.

Equally, the former teammate of Hamilton’s at McLaren is hopeful that the pair’s squabbling that culminated in their incident at the 2019 Brazilian Grand Prix will be a thing of the past, with both understanding the new intra-team dynamic.

‘There were some races where Charles was making quite a few mistakes at the start of the year. He had massive speed but even he said, “oh sorry guys, that was my fault”. It’s like, maybe back off saying it is your fault every time.

“Sebastian, I think, found it a little tricky having a younger team-mate who was so quick. I think the dynamic was just wrong within the team.

“I think now they have a much better understanding of each other and I really feel they are going to be a strong team in 2020.

“As soon as they realise they have to be fighting Lewis, rather than each other, they will have a great chance of being at the front of the fight, and fighting for the championship.”

At the same time, Button sympathises with Vettel for losing his top-dog status, but suggests he has no choice but to adapt.

“When you are beaten by a young kid in your team it hurts, a lot. How many hours he has put into working with Ferrari, four world championships with Red Bull, that really does hurt.

“I think he will be a much more confident driver and will make less mistakes in 2020. If he doesn’t… he probably won’t be at Ferrari in 2021.”