Bottas: I’ve been aware of DAS for a long time 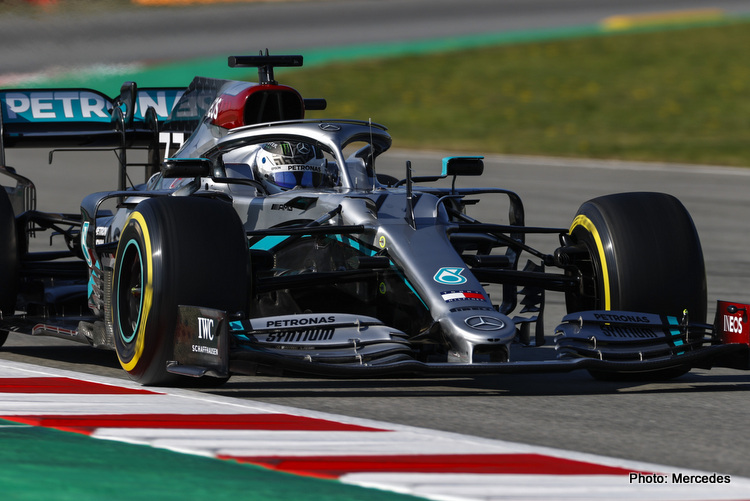 Mercedes’ Valtteri Bottas has revealed that the team’s dual axis steering (DAS) system has been a year in the making, and expects it to withstand protests from rival teams.

Speaking to journalists on Friday in Barcelona, the Finn revealed the effort that had gone into implementing the device, indicating he expects it to be difficult for other teams to catch-up.

“I have been aware of it for a long time,” he said. “First time I heard something about it was nearly one year ago. It’s not a quick project.

“It’s not an easy thing to start making it, designing it and actually make it work. For us, it was a pretty big project, so it would be a pretty difficult thing to just copy.

“It’s very nice to be on the team running these kind of systems, and it says something about the great minds our team has.

“I hope we can have an edge with that, but how big the edge can be is a compete question mark. We are in a good place with that, obviously.”

As was inevitable, the legality of DAS has been questioned by rival teams, but Bottas sees no cause for concern.

“I don’t think our team will start making and designing something that they will think it will get banned,” he quipped.

A system that allows for adjustment of the toe angle of the front wheels by pushing and pulling the steering wheel, DAS was likened yesterday by Ferrari’s Sebastian Vettel to “running in flip-flops”, but Bottas maintains it is easy to use.

“To be honest it doesn’t feel that strange. The system just works in very good way. It’s pretty solid, it never does anything funny. You only move the wheel if you want to.

“As it is now, we are still learning about the system and the potential. On the first day we didn’t run it, on the second day yes.

“I think in some circumstances it can be pretty good, but how it can help us and if it can will be shown later on the year in different conditions, different tracks.

“But it’s quite impressive,” he said.