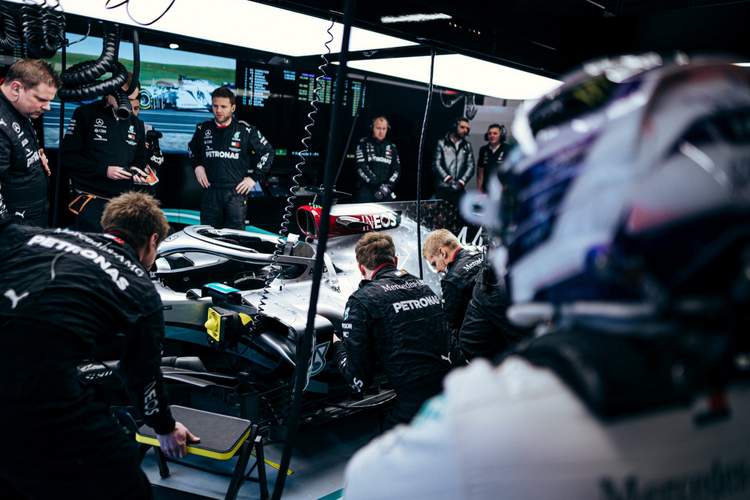 Mercedes ended the first test on a high and fired a stern warning to their rivals as Valtteri Bottas’s set a scorcher of a lap that was fastest of the three days of preseason Formula 1 testing at Circuit de Barcelona-Catalunya, while archrivals Ferrari stumbled.

Lewis Hamilton popped to second on the timing screens in the afternoon session albeit nearly a second off his teammate’s blistering flying lap.

With their ‘DAS system’ causing a storm, Mercedes continued with impressive speed and mileage Bottas setting his leading lap of 1:15.732 on the softest C5 Pirelli compound with Hamilton’s time of 1:16.642 seven tenths adrift of his teammate also on the soft stuff.

Together they amassed 138 laps as they show their readiness for a campaign that could bag their driver a seventh title and Mercedes hunting a seventh in a row. Many sevens happening with the World Champs this year.

Ferrari’s woes continued when Sebastian Vettel’s was struck by an engine problem. It was replaced and the German returning to action with a new PU bolted to the SF1000. He went on to complete 100 laps but his best effort only good for 13th.

Renault showed handy pace with Esteban Ocon at the wheel, the Frenchman was third fastest. albeit 1.3 seconds down on the top time. He completed 76 laps during his half-day in the car. Teammate Daniel Ricciardo was half a second slower in seventh, with 93 laps on his chart.

Racing Point also impressed with Lance Stroll on duty racking up 116 laps in the Merc-lookalike RP20, and setting the fourth-best time in the process.

Daniil Kvyat was best of the Honda quartet, ending the day fifth fastest in the AlphaTauri AT01, with Max Verstappen in the Red Bull three-tenths down in eighth, followed by Pierre Gasly and Alexander Albon in ninth and tenth respectively.

Carlos Sainz was the quicker of the McLaren duo with the 11th best time, while teammate Lando Norris was 14th. They combined to add 125 Laps to the MCL35’s mileage.

Haas had a troubled day, with only 52 laps completed by their drivers Romain Grosjean and Kevin Magnussen who crashed early on during his afternoon shift. The Frenchman was 12th fastest, while the Dane was bottom of the timesheets at the end of the day with only four laps to his credit.

The team reported that “a right rear puncture just four laps into his first run ended Magnussen’s session as the Dane was pitched into the barriers on the exit of Turn 7. An issue with the wheel spacer damaging the rim was ultimately found to be the cause of the sudden tire deflation.”

Williams new-boy Nicholas Latifi was 15th, 3.2 seconds shy of the top time. The team had an issue with PU which cost them valuable track time. Nevertheless, the Canadian did 72 laps despite the setback. 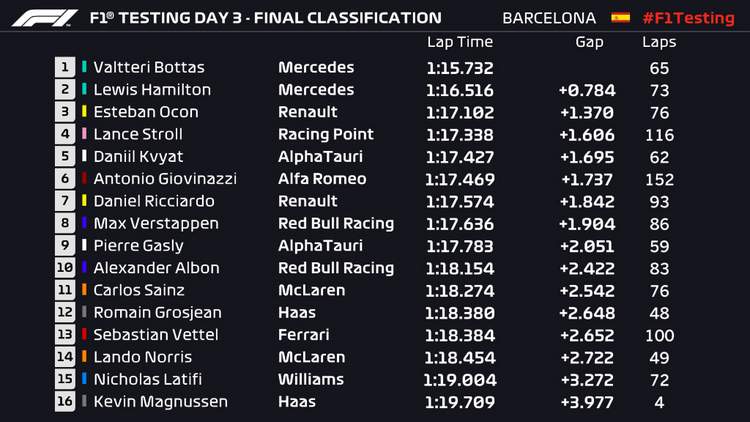 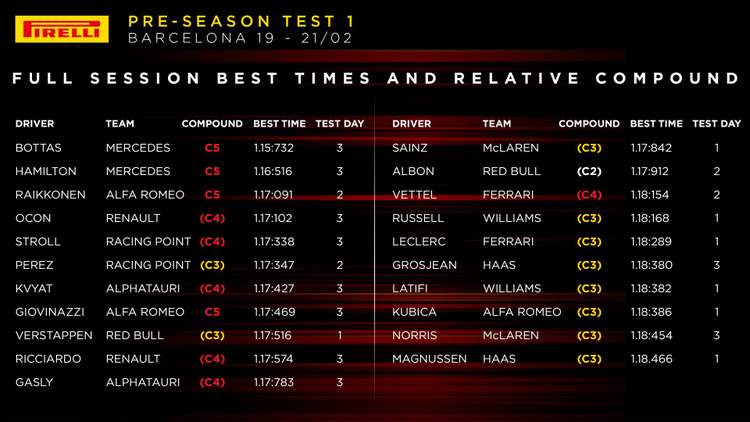