Tost: It’s normal for teams to copy others’ designs 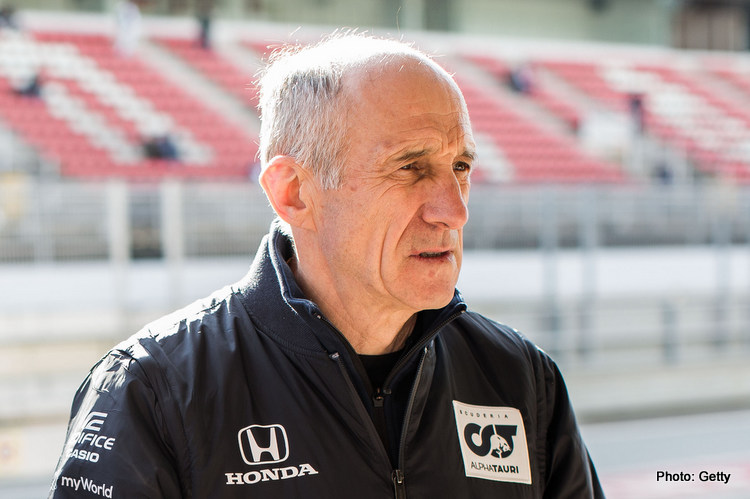 AlphaTauri boss Franz Tost has dismissed suggestion that midfield teams are unfairly benefiting from the developments of bigger teams, suggesting that such is the nature of Formula 1.

A popular topic on the first day of 2020 testing in Barcelona, Racing Point’s RP20 came under scrutiny for its similarities to the 2019 Mercedes W10, while Tost’s own AT01 has been likened to the previous year’s Red Bull RB15.

In response, Tost maintained such imitation were nothing out of the ordinary.

“There is a cooperation between Racing Point and Mercedes, with numerous parts being taken over,” he conceded to Speedweek. “I can see that Racing Point has gone in the direction of Mercedes in terms of vehicle development and has logically arrived at similar solutions. But everything is within the rules.”

Indeed, with only minimal changes to this year’s regulations, the door has been left open for teams to significantly outsource their 2020 designs. Red Bull’s Helmut Marko has openly admitted AlphaTauri is a continuation of the senior team’s previous car, while Racing Point is known to use the rear axle, gearbox and front-and-rear suspensions of the Mercedes, with their nose and front wing bearing a striking similarity too.

“We have a stable set of regulations, so it’s normal for racing teams to copy other teams’ solutions,” Tost said. “That’s not new in Formula 1, that’s an integral part of the premier class. When a racing team comes up with something completely new, the advantage it creates takes maybe four or five races. Then the others catch up because they have copied it. Thousands of photos are already being taken here during the test, and the technicians of all the teams are watching the work of the competition with Argus eyes. Then they copy it and test it in the wind tunnel to see what they think is good.

“The important point, however, is this – it’s not enough to simply take over a part of the opponent’s car; you have to understand the vehicle philosophy. If you just copy the front wing and nose of another race car, it doesn’t mean that the aerodynamics of your own car will work further back. Front wing, nose, air deflectors, side boxes, underbody, diffuser, rear wing – everything must be in harmony, work harmoniously together, otherwise it won’t work. As it looks, this seems to be the case at Racing Point, the car was very fast on the first day of testing here.”