Hamilton: Figuring out what the next five-to-10-year plan is 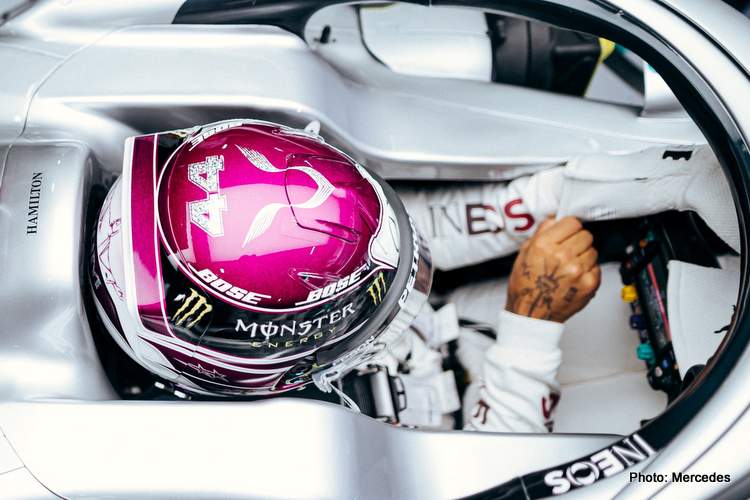 Lewis Hamilton says small details, and the bigger picture of what he does after Formula 1, will be key to his next contract.

The six-times F1 world champion’s deal with Mercedes runs out at the end of 2020, and the 35-year-old looks set to agree a new mega-contract despite lingering speculation he could move to Ferrari.

Speaking to reporters on Thursday, the Briton saw no need to hurry as he prepares for his 14th year in the sport, “I think our goals are aligned. So in the coming months, I’m sure I will sit down.”

Hamilton has been at Mercedes since 2013, and driven Mercedes-powered cars throughout his F1 career, and he enjoys considerable freedom to be himself and pursue his varied interests.

He said it was small details that really mattered — being allowed to dress as he liked, or speak out on subjects he was passionate about, and that had helped him be more engaged and become a better driver.

They also helped him map out his longer-term future, “In going more into fine detail, you’re trying to figure out what the next five-to-10-year plan is.

“How the decisions I make now impact the future, and does it allow me to put certain things in place so that when I do stop and hang up my helmet I’m able to continue on to other things?

“That will be in the small print really of what we talk about, but that’s the one we will be talking mostly about,” he added.

Hamilton carries out his own contract negotiations with team principal Toto Wolff and he recalled how his last deal talks had taken place at home on the comfort of his couch.

“He tries to ask for something and I combat it. It’s a back and forth. I think it was like eight or 10 hours the last time we sat down, and we got through it great. Then it goes back to kind of the bad cops, which is the lawyers,” he explained.

Hamilton is the second oldest driver on the F1 starting grid with Red Bull’s Max Verstappen and Ferrari’s Charles Leclerc, likely to be two of his main challengers this year, still only 22.

Mercedes technical director James Allison said the team was clear on what they wanted.

“He’s reasonably important, I would say,” he declared with obvious understatement. “He’s got a few of our points over the years so we’d love him to stay. I’m sure if we keep making fast cars, he’ll be keen to (stay).”