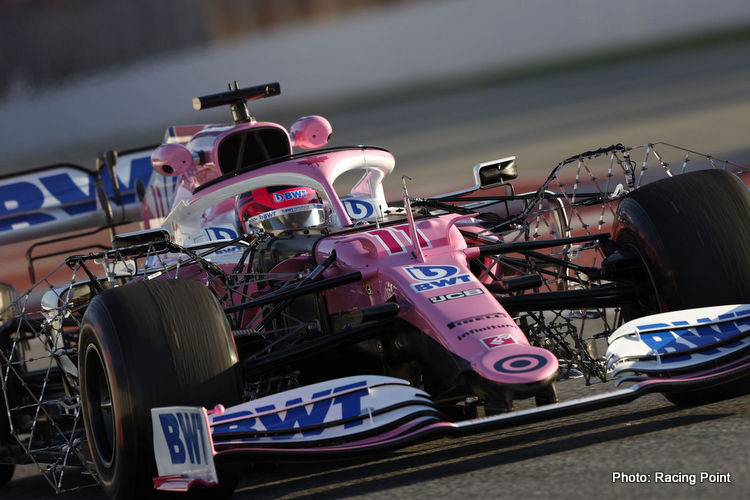 Racing Point’s Sergio Perez managed to surprise with the best time on Thursday morning in Barcelona, but the real stunner was the tyre-heating device on Lewis Hamilton’s Mercedes.

Leading the pack with a session best time of 1:17.347, Perez (C3 tyres) was 0.402 seconds ahead of the next-best time of Daniel Ricciardo (C3), but had his thunder stolen by a display of pure ingenuity from the Silver Arrows.

Only seventh fastest in the session (albeit on the slowest C1 tyre), Hamilton’s W11 still managed to turn heads courtesy of a system that allowed him to adjust the toe of the front wheels inwards by pulling the steering wheel towards him, and pushing it back to reset.

Should the innovation prove effective, it could be a hard one to copy, with Racing Point technical director Andy Green estimating it would take six months to implement.

Aside from their neat trick, it was also an impressive session for Mercedes in terms of reliability, with Hamilton racking-up 106 laps over the four-hour session. The next closest competitor was Romain Grosjean for Haas, with 87 laps and eighth fastest.

Going back to the front-runners, Racing Point is likely to further enrage their critics with the pace they showed, even as they only managed 48 laps. Similarly, Renault are likely to be at least mildly concerned by the session-worst 41 Ricciardo could manage amidst technical problems.

In third, Red Bull and Alexander Albon kept some pace in-hand, opting only to use the C2 tyres on their way to a session-best 1:18.155 in 59 laps. The sister car of AlphaTauri was fourth, Pierre Gasly a tenth behind on the C3’s, having done 77 laps.

George Russell enjoyed another strong session for Williams, completing 71 laps and being the last of the runners within a second of the lead.

Charles Leclerc and Ferrari had another quiet session, only recording 49 laps on their way to sixth fastest.

Behind Hamilton and the aforementioned Grosjean, Alfa Romeo’s Kimi Raikkoen was ninth with 65 laps, while McLaren and Lando Norris opted only to run the C2 tyre in recording 48 laps. 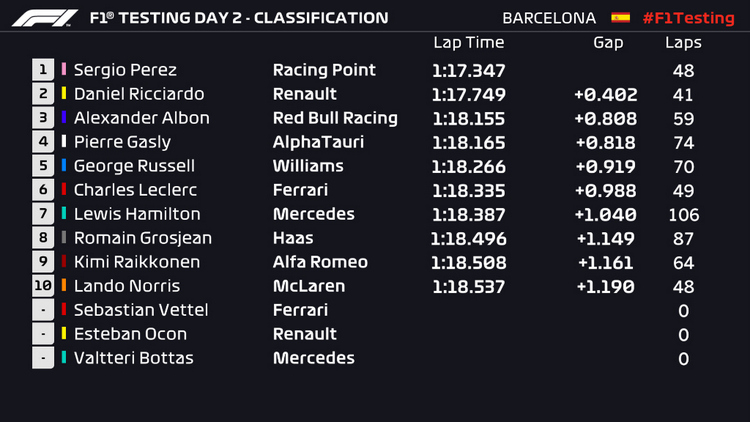 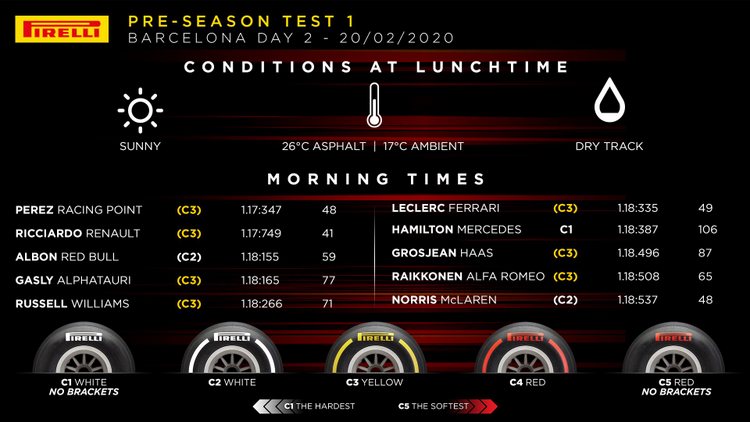