Wolff: Red Bull and Max are the ones to watch 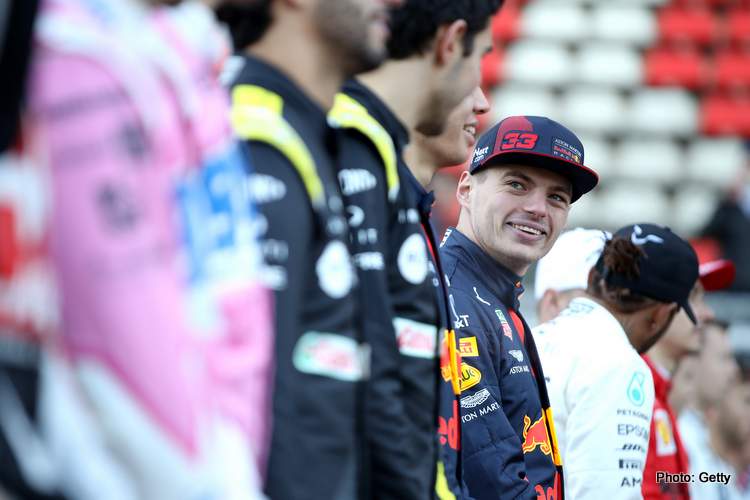 He might have spun twice while exploring the limits of the brand new Red Bull RB16 on the first day of Formula 1 pre-season testing at Circuit de Barcelona-Catalunya on Wednesday, but Max Verstappen is clearly relishing being back on track with what appears to be a handy piece of kit… and Toto Wolff took note.

While the obvious bet is that Ferrari will challenge Mercedes for the final title of this chapter of F1 history, team boss Wolff believes that his crew will have to keep watch the energy drinks outfit and their star driver this season.

Speaking at the end of the first day of testing in Spain, Wolff was asked who he expected to be the biggest challenge this year with regards to their rivals, he replied, “I think Red Bull because Max can be the youngest world champion if he wins.

“I think Red Bull and Helmut [Marko] are going to give this a massive emphasis, it would be a nice thing for them, so I believe Red Bull are going to be the ones concentrating a lot on 2020,” predicted Wolff.

As for the Mercedes W11, which the team hopes will bring them a clean sweep of hybrid-turbo-era titles,  it enjoyed a superb debut, hot-to-trot straight out the box, it was good enough to help Lewis Hamilton claim top spot at the end of day one in Barcelona, with teammate Valtteri Bottas second best.

“We have definitely improved the car in the areas we wanted to,” Wolff told Sky F1. “So now we just have to do a lot of laps and test all the parts out and see where we can improve it further. Hopefully it will be enough.”

“We had a few weaknesses [in 2019]. We looked at all angles within the car, and Valtteri’s comments after this first morning were positive – the car has more grip generally, it feels together and I think as a first indication it’s good.”

Stats show that Mercedes under Wolff’s watch has become the most potent team in the history of the sport, a dozen titles in six years was unprecedented, 14 from seven will be virtually unsurmountable in the future.

“In some weird way, we are beyond the numbers,” explained Wolff. “It is about enjoying what we do and trying to develop. We try to develop the team and push the needle.

“It’s not about the seventh championship, but it’s really doing every weekend as good as we can, because 2021 comes this massive revolution with a cost-cap and totally new technical regulations and we want to be fit for then while being very competitive in 2020,” he added.