Russell: Handling of the car is much better 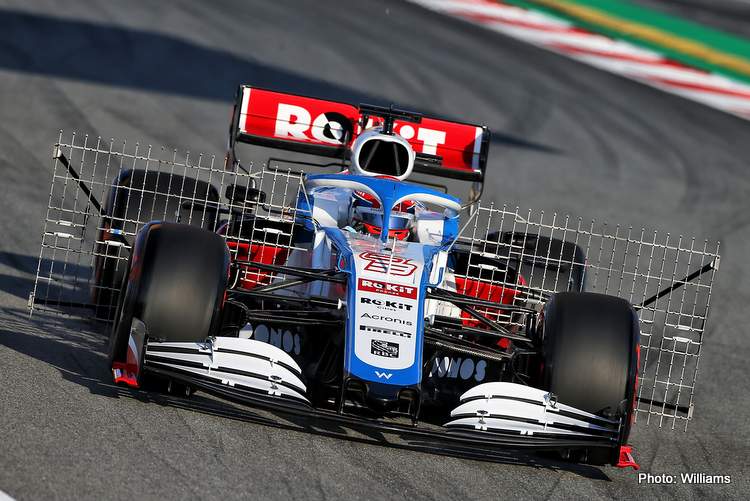 George Russell was first on track for the start of pre-season Formula 1 testing on Wednesday at Circuit de Barcelona-Catalunya and sounded positive afterwards as his Williams team set about banishing the ghosts of a dire 2019 campaign.

This time last year the struggling former champions did not have a car to test, finally turning up at Barcelona’s Circuit de Catalunya three days late.

They finished the season last, despite having the same engine as champions Mercedes, and with only one point for their efforts from 21 races.

Russell, a rookie last year, indicated that one morning had already gone a long way to restoring his confidence, “Definitely the general handling of the car is much better.”

“From lap one today I had confidence to push the car to the limit whereas last year it wasn’t a nice a feeling in the early laps. It was quite scary to drive actually last year in the opening laps and trying to build that confidence,” the 22-year-old Briton told reporters.

Russell’s lap time in the morning session was one minute 18.168 seconds on the soft compound – 0.9 seconds quicker than the time he clocked in qualifying for the Spanish Grand Prix at the same circuit last May.

He did 73 laps, more than a race distance, and was sixth fastest of the 10 drivers at lunchtime, although times mean little at this stage and the Briton was quick to put things into perspective.

“A nice car to drive is a fast car…it doesn’t matter how you get around the lap as long as its fast. That’s all that counts,” he said. “It’s been improving in that area and now we just need to see if we have managed to smash enough downforce onto the car to compete with those around us.”

Russell said leaving the pit lane first was not a coincidence, “It was psychologically important for all of us, and for everyone who’s worked day and night back at the factory, to see their car go out first.”

The Briton said the car looked an improvement on last year’s model, the build quality was noticeably better and parts fitted properly, “I think everyone’s just pleased to be in this position. Everybody was a bit lost last year because there was no work to do because there was no car here.”

“Last year was a character-building year but I’m confident we can go racing this year and have a bit more fun than we did last year. That’s what we’re all looking for,” he added.