Tost: AlphaTauri Must Be Top Five in 2020 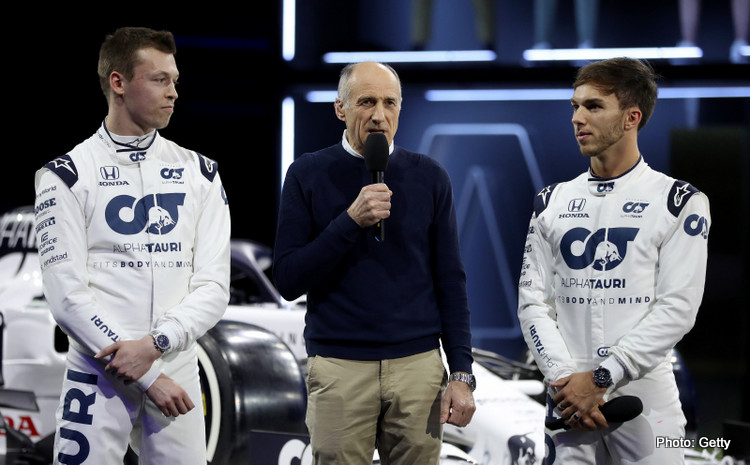 The newly-renamed AlphaTauri must set its sights on a top five finish in the 2020 Formula 1 season, according to team principal Franz Tost.

Speaking to reporters at the launch of the team’s AT01 in Salzburg, Tost revealed his belief that after a team-best sixth in the constructor’s standings in 2019, the goal posts have been raised even higher.

“The expectations are that we must be within the top five in the constructors’ championship,” he revealed.

“Why? Because first of all, the car showed very good results in the wind tunnel.

“Second, Honda, our friends in Japan, made big progress during the winter months from the performance side as well as the reliability side.

“Third, we have two good drivers. They showed that already last year. We just missed the middle of the podium — so [to the drivers] that means that you know what you have to do!”

Two Red Bull rejects who shone on their returns to Toro Rosso in 2019, Daniil Kvyat and Pierre Gasly will be among the more scrutinised drivers on the grid this season as they continue to rebuild their careers. Certainly Tost’s remarks will add to their pressure, but the Austrian believes the closer partnership with the “sister” team should help in that regard.

“We have a very close relationship with Red Bull technologies,” he said. “We have the complete rear suspension and gearbox, the hydraulics and the front suspension, that means also from the mechanical side that we are very competitive.”

Whether that proclamation proves true or not, we shall find out in the near future, with the team set for a filming day at Misano Circuit on Saturday before the start of testing next week in Barcelona.