Allison: We Expect a Three-Way Fight from the Outset 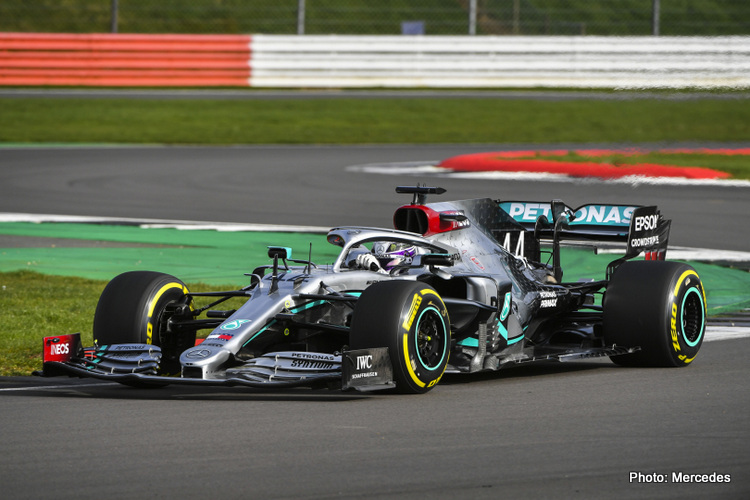 Lewis Hamilton did his first laps on Friday in the Mercedes that could take him to a record-equalling seventh Formula 1 title this season, but team bosses warned of a tough battle right from the start.

The Briton and Finnish team mate Valtteri Bottas put in the first laps in a 100km private filming day at Silverstone circuit before official testing starts in Spain next week.

Allison warned, however, that they had to hit the ground running.

“We had a very golden start to last year where we managed to secure a lead in the championship that made it very difficult for our opposition to make any inroads in the second half of the year,” said Allison.

“But in that second half, both Ferrari and Red Bull certainly closed us down in terms of competitiveness.

“We’re expecting 2020 to pick up right where 2019 left off with a three-way fight from the outset. There will be no room for making mistakes.”

Mercedes won the first eight races last year, a devastating blow for Ferrari who had looked the faster team in testing with better straight line speed.

The regulations are largely unchanged, with a massive shake-up planned for 2021, which has given others hope of ending Mercedes’ run of six successive drivers’ and constructors’ titles.

Team boss Toto Wolff said the demands of preparing for next year while developing the 2020 car would be particularly challenging.

There is also less pre-season testing, with only six days of track time before the March 15 opener in Australia, putting a premium on getting the fundamentals right.

“If we do a good job with our designs and if we’ve done a good job in our bench testing and preparation of the car, then we should be able to get through our programmes in those six days in an organised fashion,” said Allison.

“But if we find ourselves battling an unexpected reliability issue then it will very quickly hollow out our programme and leave us quite short of experience by the time we get to Melbourne.

“This has given us increased impetus to ensure that we’ve had a good off season in the factory so that when we hit the track everything works, leaving us to focus on making it fast.”

Allison said upgrades for Melbourne would come at the second test in Barcelona but there would be no significant aerodynamic changes, unlike 2019.