Outside Line: Is McLaren v Renault Over Already? 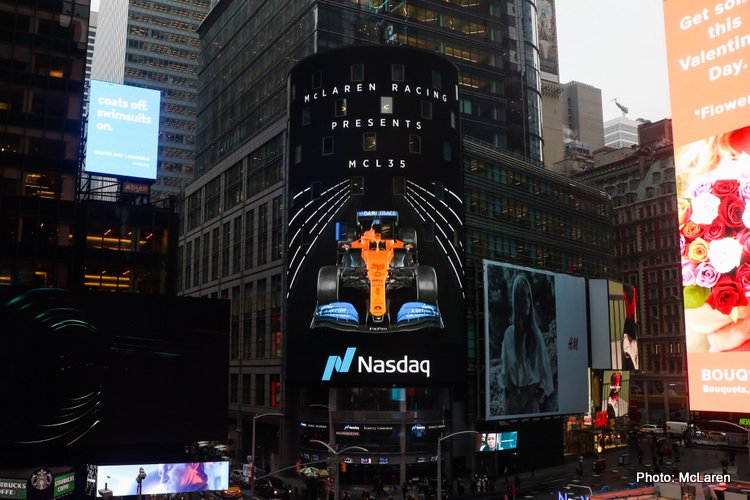 Okay, so maybe that’s a bit of an overreaction, but everything we’ve seen in the last two days has me believing there is simply no way Renault can beat McLaren to fourth place in the constructor’s standings this year.

Still a week out from testing, what we saw in each team’s “launch” tells me just about everything I need to know about their state heading into the 2020 season.

On one side, you had McLaren. Live streaming the whole affair from the McLaren Technology Centre, wheeling out their MCL35 for all the world to see, clearly proud of their creation.

On the other, you had Renault. No car, no stream. Just a bunch of blokes sitting in chairs talking the talk without any proof they can actually walk it.

Now obviously McLaren having a car and Renault not doesn’t automatically make the former faster when it comes to going round a track, but when viewed in the context of last year’s performances, it seems fairly indicative of where they’re heading. In 2019, they had the same engine (as they will again this year), but with 145 points to their rival’s 91, the Woking team was unquestionably the more competent – and that perception continues when the French outfit shows up to the new year’s car launch without a, y’know… car.

As far as I’m concerned, Renault would’ve been better off either launching with a watered-down version of the RS20, or simply having no launch at all. Doing the former shows me you’re on-track for the season, doing the latter shows me you’re singularly-focused on delivering the best package. Either way, the team had the chance to set a positive narrative for the season ahead, and instead, the only story coming out of this week is that “something is up at Renault”. If they can’t get that right, what can they?

Then again, maybe I shouldn’t be so surprised with Cyril Abiteboul involved. He can say what he wants, but if Mercedes can produce a ‘show car’, or even McLaren can, then Renault should be able to. And if he absolutely had to go ahead with some sort of launch event without the car ready, just say that – at least it would seem like he’s got his head screwed on straight.

Unfortunately, I have no reason to believe that’s the case, which is a great shame. Both teams have great driver pairings and a lot of talented people working behind the scenes, but only McLaren seems to have figured-out how to put it all together. For the sake of a championship that needs every battle it can get, I hope I’m proven wrong, but I don’t think I will be.