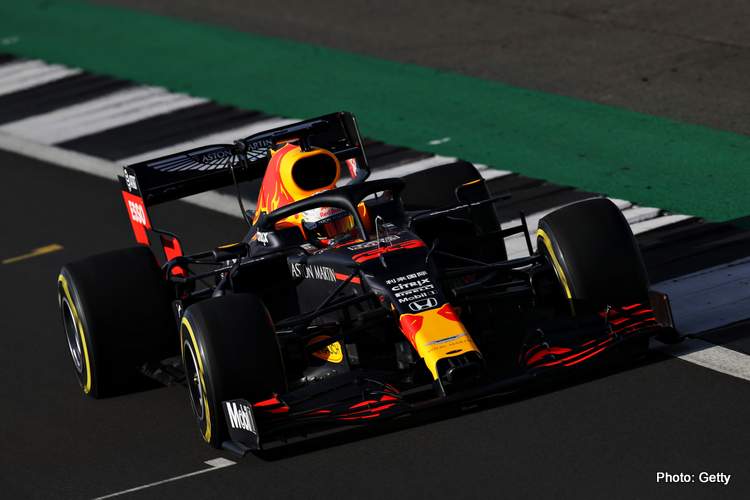 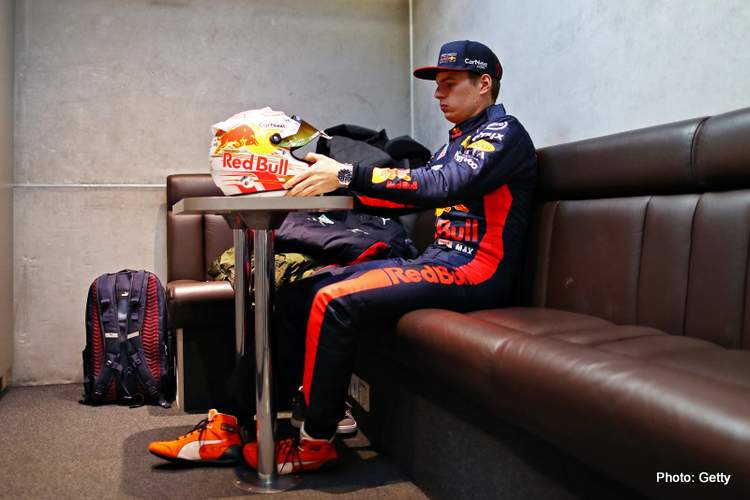 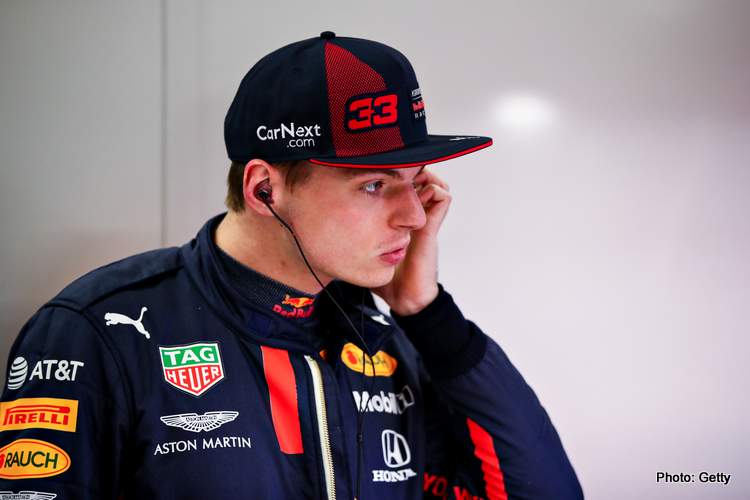 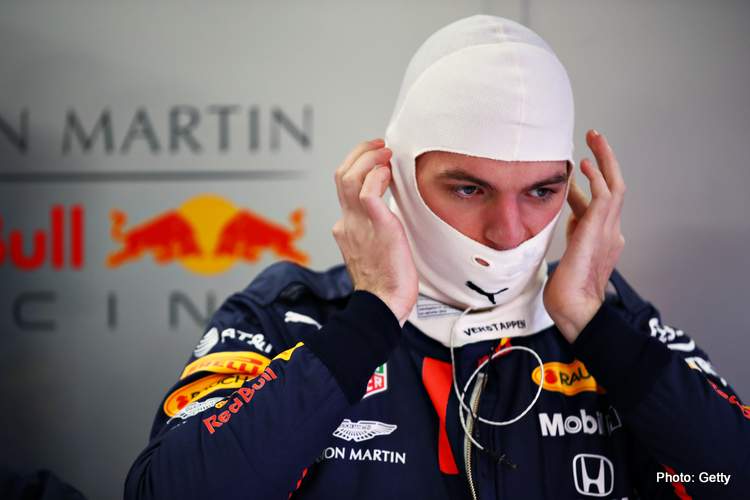 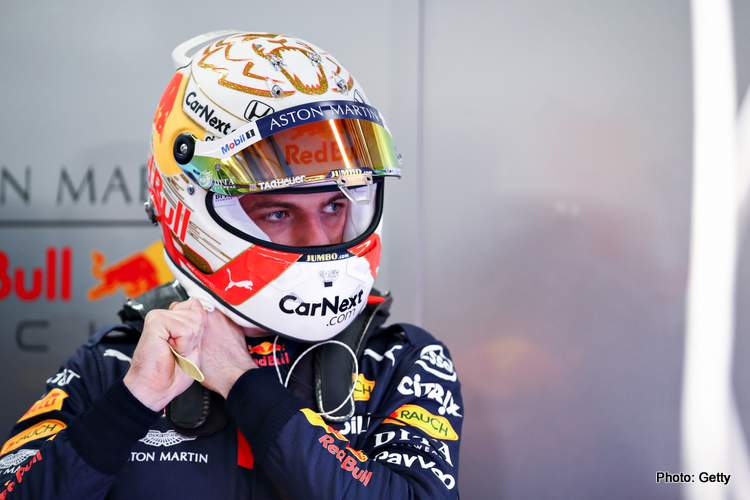 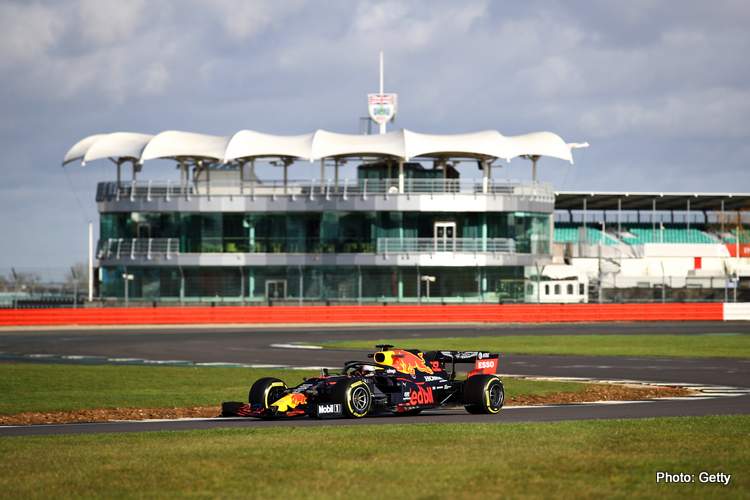 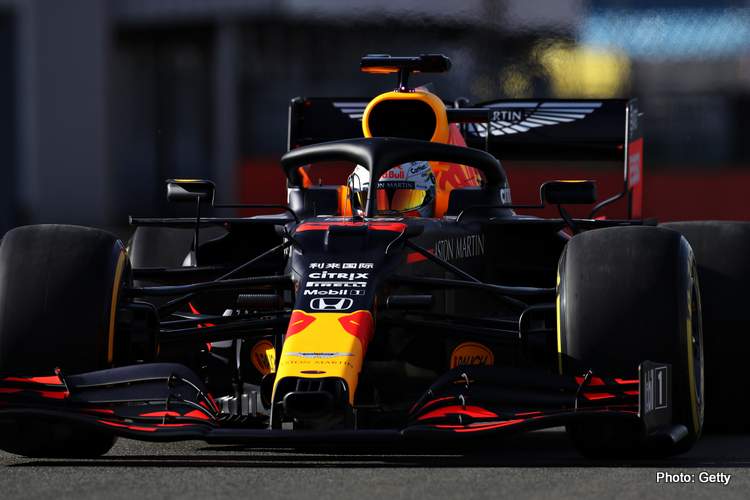 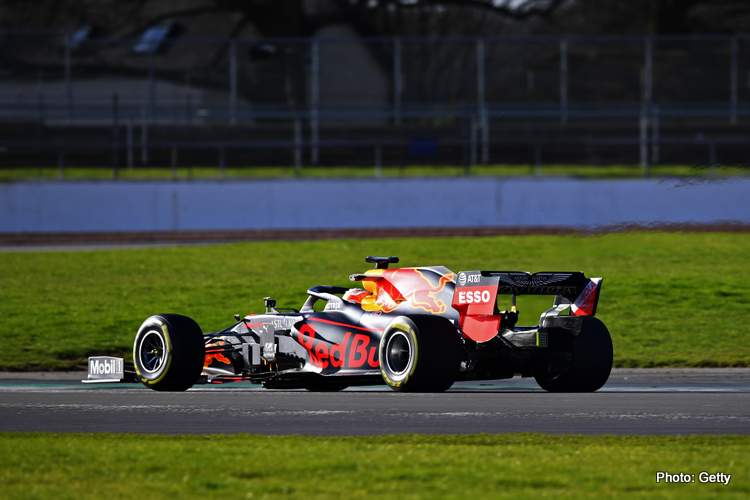 Red Bull completed their ‘film-day’ aka shakedown of the RB16, their Honda-powered 2020 Formula 1 World Championship challenger which Max Verstappen had the privilege of sampling first as teammate Alex Albon watched from the sidelines.

The team reported at the end of the day:

The Red Bull RB16 has made its track debut at the Silverstone Circuit, one week ahead of the start of formal testing in Barcelona with Max Verstappen at the wheel as the Honda-powered Aston Martin Red Bull Racing RB16 completed an official filming day.

An icy Silverstone isn’t the ideal venue to put a brand new F1 car through its paces but the advantage of proximity to the Team factory in Milton Keynes more than compensated for chilly temperatures and extra beanies in the garage as the all-new RB16 nosed out into the pit lane for its first run of 2020.

Today was an official filming day, on which the Team is allowed to complete 100km on specified demo tyres. With winter testing reduced to just six days this year, making sure the car is mechanically sound before heading to Spain next week is an exceptionally valuable exercise, as the Team really cannot afford to waste a single minute once it gets to the Circuit de Barcelona-Catalunya.

As was the case last year, Max had the honour of taking the first shift. He confessed to a deep sense of anticipation when arriving at the circuit this morning. “It’s been quite a while since the last time I was in an F1 car and I was really looking forward to it this morning. Once you fire up, you’re back into the procedure, but before then, there’s always a sense of anticipation about what the new car and the new engine will feel like.”

Using the 2.638km National Circuit, Max completed the run plan without incident; the film crew and photographers got what they needed, and the engineers have a valuable dataset to study.

“Of course, it’s just a filming day but the important thing is getting the car running, finding out what it’s like, discovering any minor issues – basically getting everything up to speed before we get to Barcelona,” added Max. “Luckily, today everything went smoothly.”

Based in the old garage complex between Woodcote and Copse corners, Max had plenty of company in the garage, all keen to have a good look at the new car. Among that number was Alex, eager to get a handle on the RB16 before driving it himself next week.

“For me, it’s important to be here and get the initial feedback first-hand from Max and the rest of the Team,” said Alex. “We’re embracing the cold! – but everything seems to be running pretty smoothly and looking good for Barcelona. Obviously, it’s only a filming day but it’s still quite exciting – and I’m really looking forward to driving the car once winter testing begins.”

While previous years have seen the Team launch in dazzle paint, this year the decision was to charge on in our true colours in the full 2020 race livery. With no great technical upheaval in the regulations for 2020, there isn’t quite the requirement to engage in subterfuge – but there was a strong desire within the Team to get immediately down to business.

“We had a great debut season with Honda and the partnership has only got stronger and stronger,” commented Team Principal Christian Horner. “It’s been a really positive winter, and the effort that’s gone in behind the scenes has been truly impressive. Further steps have been made on both the power unit and the chassis side. The integration of the power unit fully into the car now is a work of art – and it’s nice to see it in what is now an iconic livery.”

With filming completed, the Team now has a few days to study the data and prepare for the first of two three-day tests. That begins next Wednesday at the Circuit de Barcelona-Catalunya.