Off Camber: Why Claims of F1’s Real Life Irrelevance Are Wrong 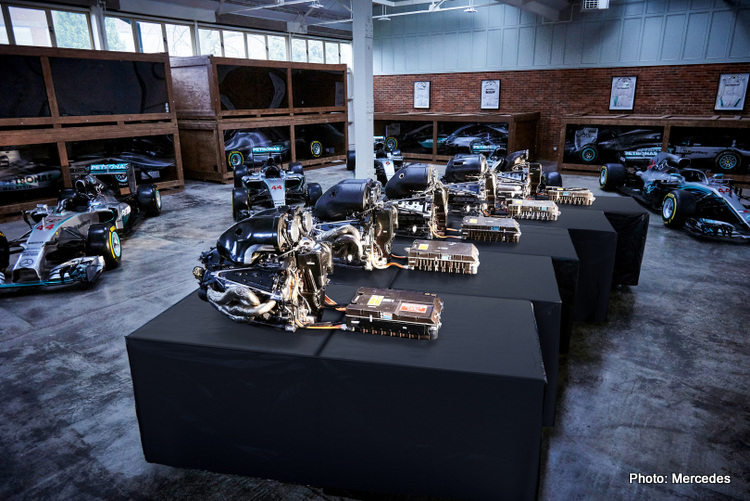 In an interview with Auto Bild, BMW’s Motorsport Director Jens Marquardt has shot out at Formula 1 claiming the sport has “absolutely nothing” to do with real-world motoring technology.

“The V6 Turbo Hybrid is an engine that has absolutely nothing to do with what we do in series production. From an engineering perspective, I have to say: hats off to what they do in Formula One, but the technology has no relevance for the road.”

The problem with Marquardt’s claim is that it is fundamentally flawed. In fact, all motorsports, not just F1, can be accredited to the evolution of the road car as we know it today.

2020 marks the 70th anniversary of the Formula One World Championship. In other words, 2020 will be the 70th year of development of the world’s premier racing series in addition to some 50-years of Grand Prix automobile racing beforehand.

The motorcar has obviously come a long way since Karl Benz’s first attempt in 1886.  Although F1 is primarily viewed as entertainment, the technical trickle-down into real-world use is greater than some may initially expect. From the simple things such as mirrors, brakes and gearing to the more complex active suspension, energy recovery systems and variable traction control, ingenuity in F1 and motorsports as a whole are becoming more visible on our roads and will remain for years to come.

F1 cars today are all equipped with semi-automatic transmissions characterised by the “flappy-paddle” shifters mounted on the back of steering wheels. Although Chrysler developed an early version of the semi-automatic transmission in the 1940s, the effort wasn’t successful to see the system become widespread. Fast forward now to 1989 with Ferrari’s 1989 challenger, the Ferrari 640.

The 3.5 litre V12 engine was paired with a 7-speed semi-automatic gearbox which would revolutionise the sport we know today. Designer John Barnard had been looking to replace the bulky and weighty manual shifter since 1980. The traditional H-Pattern box matched with a manual clutch required wider cockpits which yielded greater drag as well as wasted weight.

Although the system ran into early teething problems with reliability, the diagnosis was a lack of power from the battery which was rectified with stronger reliability and performance as a result. Despite their jumpstart with the electrical aided sequential gearbox, championships didn’t come as a result.

Rival teams scrambled to work on their own solutions with every team adopting the system by 1995. The system is commonplace in modern-day sports cars but also is becoming used more in city cars such as your new Honda Jazz, Ford Focus and Audi A3’s with the option to override automatic gearboxes using computer systems.

Adrian Newey’s Williams FW15C and the vast array of party-tricks it possessed in 1993 was ground-breaking – so much so many of the tools on board were promptly banned by the sports governing body. Before the car could be started, it had to be plugged into three laptops to enable its advanced traction control, active suspension and anti-lock brake systems.

Each system individually made the car much easier to drive in comparison to the rest of the field. The combination of the three put the FW15C 1.5 to 2 seconds ahead of the pack in qualifying week-in, week-out. The active suspension tool had been seen before in F1, in-fact Williams used a very similar system with the FW14B in ’92.

The perfection of active suspension for ’93 preemptively tweaked the suspension depending on where the car was on track to manipulate varying track conditions at each corner. it also allowed for the ride-height to be lowered when it came to battling other cars to reduce drag, making overtaking crucially easier.

You will now meet Traction control and ABS on any modern road car you drive. Active suspension has also transferred its usage into everyday life on the roads with the electronic actuation of hydraulic suspensions allowing drivers to customise their experiences to their own tastes.

BMW’s last involvement in F1 came in 2009 as part of the Sauber team. Instead, Marquardt’s comments come as BMW put more focus in their Formula E programme and confirm that the marque will not be looking for a return to F1 anytime soon.  The statement branded F1 as irrelevant as the BMW brand commits to a cleaner future in preparation for the electric future.

F1’s first foray into hybrid power came with the introduction of KERS back in 2009 – a nifty driver-controlled power boost using recovered and stored energy be used to increase performance and power. In 2014, F1 went fully hybrid with 1.6 litre V6 turbo engines partnered with energy recovery systems to form the power units we see today.

Today’s hybrids have both an MGU-H and MGU-K recovering and storing wasted energy from both heat in the exhaust and kinetic energy under braking. Stored energy, unlike turbos, is used instantly under acceleration providing the kick that has become synonymous with electric vehicles; thus, power delivery is now much smoother than before; the hybrid system has also increased fuel efficiency as well as performance.

The change has come to clean up the sport as the world moves to greener transport and energy sources.

Formula 1’s competitive nature has not only driven the evolution of the racecar but the evolution of road cars as we know them today. As we move towards a time when all newly bought cars will be electric, the UK government looks to ban the sale of ICE and hybrid cars by 2035, F1 has played a greater role in this evolution than perhaps once thought.

Using new technologies on a competitive platform push teams to develop tools such as KERS and ERS to be more efficient and effective so when Elon Musk updates his Tesla’s regenerative braking software, the stress testing has already, in part, been carried out for years on the track.