The Undercut: In a Coronavirus crisis, F1 Needs Bernie 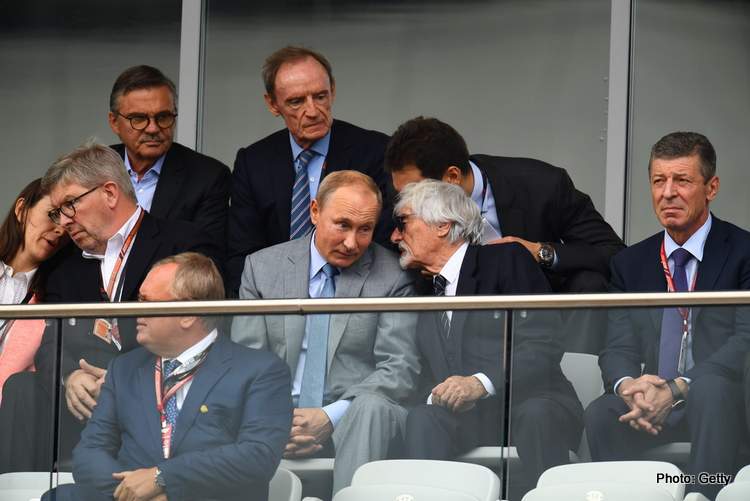 Who should be most afraid of the coronavirus? The Chinese? Undoubtedly. The Formula E driver Ma Qing Hua, who is stuck in quarantine in Mexico? For sure. Panicked idiots on social media? Definitely.

But spare a thought or two for Chase Carey, whose Liberty Media organisation – already shocked by the unforeseen complexity of the Piranha Club left behind by Bernie Ecclestone — looks like needing more than a crate full of face masks to make it through the most worrying global epidemic in years.

With April’s Chinese Grand Prix in Shanghai — just 800 kilometres from the Coronavirus’ Wuhan epicentre — already hanging by a rapidly diminishing thread, Chase won’t even want to hear the alarming fact that Australia, scene of next month’s 2020 season opener, has 13 confirmed coronavirus cases.

Vietnam, Liberty’s first all-new Formula 1 host, has eight people suffering from the potentially deadly virus, and Japan, Singapore, the US, Canada, France, Italy, Russia, Spain, the UK, and the United Arab Emirates are also nervously waiting to see if Coronavirus affects other members of their respective populations.

In other words, it’s a pretty bad time to be in the zipping-all-over-the-world business.

F1 may be “monitoring” the situation, but the first signs are that the wrong man is in charge. What this sport needs in a major crisis — as opposed to the usual perpetual state of medium-to-high level crisis — is Bernie Ecclestone.

When I reported the other day that Russia just issued a blank “nah” when Liberty enquired about a race date swap with China, I had to giggle. Instantly, that famous image of Bernie and Vladimir Putin, locked in a game of boyish whispering into each others’ ears in the Sochi grandstand, popped into my head.

On the other side of the Russian president, but totally excluded from the giggly exchange and metaphorical eons away, was Chase. Poor Chase. After all, Bernie could probably have just whispered into his phone from F1’s former headquarters in Princes Gate (which he still uses almost every day for even-more-secret-than-before wheeling and dealing), and I’m fairly confident his old mate Vlad would have answered “Da Bernie. Anything for you, Bernie.”

(BTW did anyone notice that Putin didn’t rock up at his F1 pet-project last year?)

You see, it’s moments like these that you are fully reminded of what Carey lost when he gave Bernie that condescending and meaningless title of Chairman Emeritus rather than an actual job to do. I have almost no doubt that, despite his nominally advancing age of 89, the still-wily Ecclestone would have happily accepted a role as joint CEO in charge of, say, race promoter relations.

After all, Formula 1 isn’t going to be an awful lot of fun this year — for the spectators or the FWONK stock price — if the Coronavirus starts making the governments of race hosts left, right and centre panic. And when it comes to viciously defending the sport’s territory by calling in favours from all sorts of known and unknown contacts collected over half a century and more, who’s your money on?

A career Fox and News Corp hack who’s great at ushering taco stands into the paddock and launching streaming services that don’t work? Or Bernie?

I hate to bring everything back to politics … but I’m going to do it anyway. I’ve been highly critical of this leftist ‘woke-ism’ that is poisoning everything (including Formula 1), but it’s just as difficult to come out as a fan of leftism’s evil cousins – fascism or totalitarianism. Anarchy probably best sums up Formula 1’s calamitous, blood-soaked roots of the 50s and 60s, and there’s absolutely no doubt that the father of the organised, highly professional sport that we all love today was the Putin-admiring fellow dictator called Bernie. What he admires about the Russian prez, of course, is that — like him — they know how to “get things done”.

If Bernie ever made a mistake, it was agreeing to mirror the ways of the West by letting Formula 1 become a committee-led democracy — mainly to appease power-hungry teams who furiously regretted ever handing over the entire bunch of F1’s car-keys to the wheeling-dealing scoundrel son of a Suffolk trawlerman. “I always thought go east, not west,” he later said, chiding his foolishness.

For years afterwards, he complained endlessly that hour upon hour of eye-rolling meetings would decide only the premium mineral water brand for the next series of even more eye-rolling meetings, remarking: “Democracy hasn’t done a lot of good for any country and it has no place in Formula 1. I like people who make up their minds.

“The new owners will soon realise this, because so far they have achieved nothing.” He forgets, of course, that Carey picked up Bernie’s pen to sign a Vietnam GP contract that was already essentially negotiated, banned grid girls, picked an unwinnable destination by the name of Miami, launched a streaming service that doesn’t work, put some taco stands in the Mexico GP paddock, and changed the F1 logo for no discernible reason.

Little Bernie, though, could probably tread in Putin wheel-tracks and plot a survivable course through Coronavirus. Hopefully, Chase still keeps his phone number in the bottom drawer.