Marko: Max Knows He Won’t Win the Championship in the First Corner 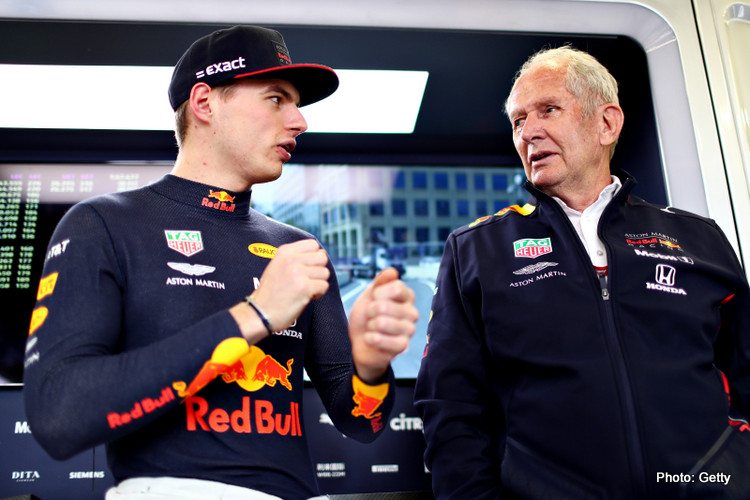 Max Verstappen’s championship aspirations will see him take a more measured approach to races this season, according to Red Bull advisor Helmut Marko.

The long-time shot-caller of Red Bull’s young driver programme, Marko told Kronen Zeitung the Dutchman will look to pick his on-track battles in order to extract the maximum points from every weekend.

“You can look forward to a Max who won’t get going with a knife between his teeth in Melbourne,” he stressed.

“[He] knows that you won’t win the world title in the first corner, nor in the first race, but with constant top positions.”

Similarly, Marko is expecting improvement from his teammate, Alexander Albon, who will start the year at Red Bull after moving across from Toro Rosso in the middle of last season.

“He joined a top team last year after six months, but due to his experience and better preparation he must of course deliver more, become stronger in qualifying and generally more consistent. But I am convinced that he will manage that.”

A team that in 2019, scored three wins and finished third in the constructor’s standings, Marko is hoping his driver pairing and further development from engine suppliers Honda will be enough to put Red Bull back in title contention.

“The batteries are already running at full power again. The roll-out is on February 12, the first test in three weeks – and we have a big goal: We want to be the first challenger to Lewis Hamilton!”