Fernandes: Caterham in F1 was a branding exercise 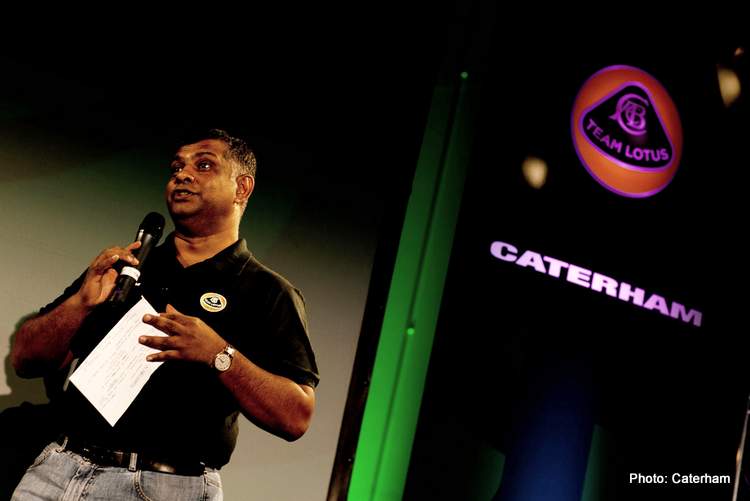 Fernandes, one of the aviation industry’s best-known faces, on Monday stepped aside as chief executive of Asia’s biggest budget airline for at least two months, as authorities investigate allegations that Airbus paid a bribe of $50-million through sponsorship of the Caterham F1 team to win orders from AirAsia.

AirAsia Chairman Kamarudin Meranun also stepped down along with Fernandes, though both will remain advisers. The AirAsia co-founders, who bought Caterham in 2011, issued a joint statement on Tuesday reiterating that they did nothing wrong.

The allegations by Britain’s Serious Fraud Office on Friday concerned a 2012 sponsorship agreement between the now-defunct racing team and Airbus’ then-parent, EADS.

“We categorically deny all allegations of wrongdoing or misconduct on our part as executives and directors of Air Asia,” Fernandes and Meranun insisted when these surfaced.

“Caterham F1, the company alleged to have been sponsored improperly by Airbus, was at the relevant time a Formula 1 racing team that had gone round the globe promoting amongst others AirAsia, AirAsia X, GE and Airbus,” Fernandes and Kamarudin added in a statement.

“Throughout the period we were shareholders in Caterham, the company made no profit and was eventually disposed of for 1 pound sterling in 2014. From start to finish, this was a branding exercise and not a venture to make profit.”

AirAsia runs an all-Airbus fleet of 274 planes. It is the world’s largest customer of the A321neo single-aisle aircraft.

Shares of AirAsia fell 5% as the stock market opened in Kuala Lumpur on Tuesday. Those of long-haul subsidiary AirAsia X Bhd lost 8%.

Malaysia’s MIDF Research downgraded its recommendation on AirAsia stock to “neutral” from “buy” on Tuesday whereas AmInvestment Bank maintained its “sell” rating.

“We find it difficult to argue for a case that ‘business as usual’ will prevail in the absence of the direct involvement of Fernandes and Kamarudin in the management and decision-making process of the company,” AmInvestment Bank said in a client note.

“The duo are the founding members, visionaries and key strategists for the group. This could not have happened at a worse time, amidst the Wuhan conoravirus epidemic that is severely hurting the demand for air travel (which is partially offset by plunging prices of crude oil, and hence jet fuel).”